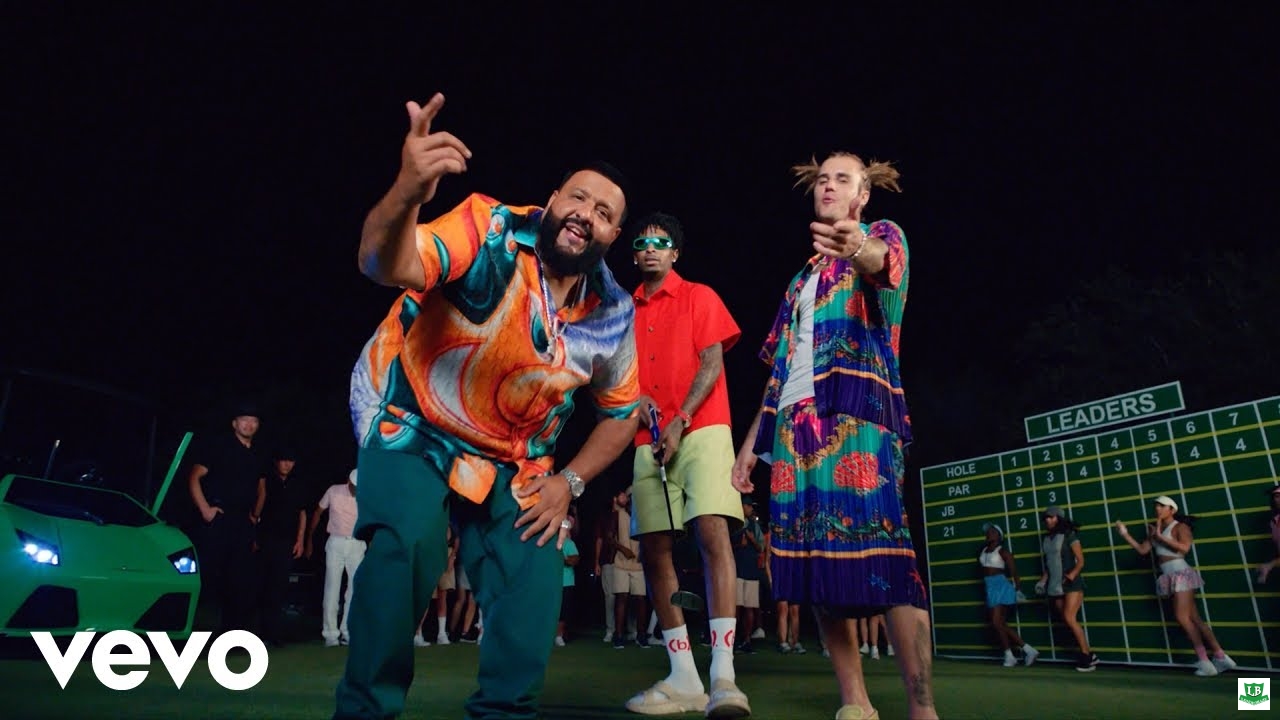 It’s another one for DJ Khaled. Another one of his Khaled Khaled music videos, that is, after earning another No. 1 on the Billboard 200 with his new album.

Today’s visual is for “LET IT GO,” featuring a newly dreadlocked Justin Bieber and 21 Savage. This is the sixth in a recent string of Khaled Khaled videos, and it finds Khaled celebrating on the putting green with Bieber and Savage — and a slew of product placements, from Raising Cane’s chicken to Luc Belaire Luxe sparkling wine to Cîroc vodka to the Chime banking app. Oh, and an obviously fake alligator that Khaled wrestles in the middle of the video?

As for the No. 1 chart placement, Khaled Khaled is the third chart-topping album for the DJ/producer/hype man, following 2016’s Major Key and 2017’s Grateful. Notably, Khaled’s last album, Father of Asahd, didn’t hit No. 1 after a failed scheme to bundle it with energy-drink purchases, which led the charts to overhaul their rules for merch bundles.

This time, Khaled Khaled logged 93,000 equivalent units, largely from streaming, making it the first album this year to debut at No. 1, with a five-figure unit total. “I cried many nights. Tears of JOY and Pain making this album. Everyone’s beautiful word really touched my heart. God is Great!” Khaled tweeted on May 9, alongside a tearful video of him learning the news of his No. 1 ranking.