Breaking: Willian ‘Undergoes Arsenal Medical’ Ahead Of Free Transfer From Chelsea
By 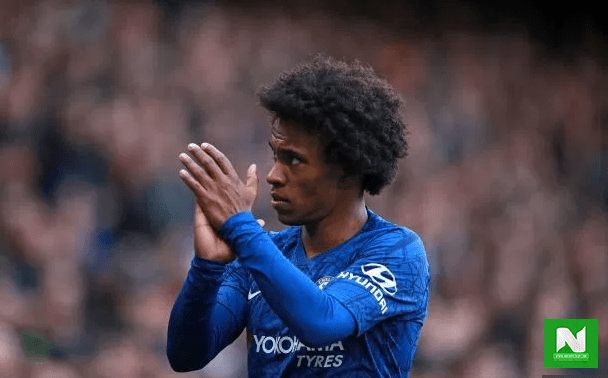 Willian is on the brink of joining Arsenal after undergoing his medical.

According to The Sun of UK, the Brazilian is braced to join Chelsea’s London rivals on a three-year deal after announcing his departure from Stamford Bridge.

Mikel Arteta has been desperate to land the 32-year-old on a free transfer as he plans to bolster his squad with a limited transfer budget available.

And after offering a deal worth £100,000-a-week, Arsenal are expected to announce his arrival in the next few days.

Chelsea manager, Frank Lampard had said that he will not hold a grudge against Willian if he joins Arsenal on a free transfer.

With Willian’s departure now confirmed, the official Chelsea website pays tribute to a class act on and off the pitch.

He leaves the Blues having helped the club win five major honours during his time at the club, including the Premier League twice. He was named Chelsea Player of the Year and Players’ Player of the Year in 2016 and has also been a recipient of the Goal of the Season prize. So many of his 63 Chelsea strikes were of the spectacular variety.

Willian’s choice of Stamford Bridge and not White Hart Lane as his preferred destination in late summer 2013 immediately earned him the status of fan’s favourite, and before long his decision to join Chelsea from Anzhi Makhachkala was immortalised in a chant that was sung loud and proud throughout his time in west London.