Messi Celebrates 20 Years In Barcelona
By 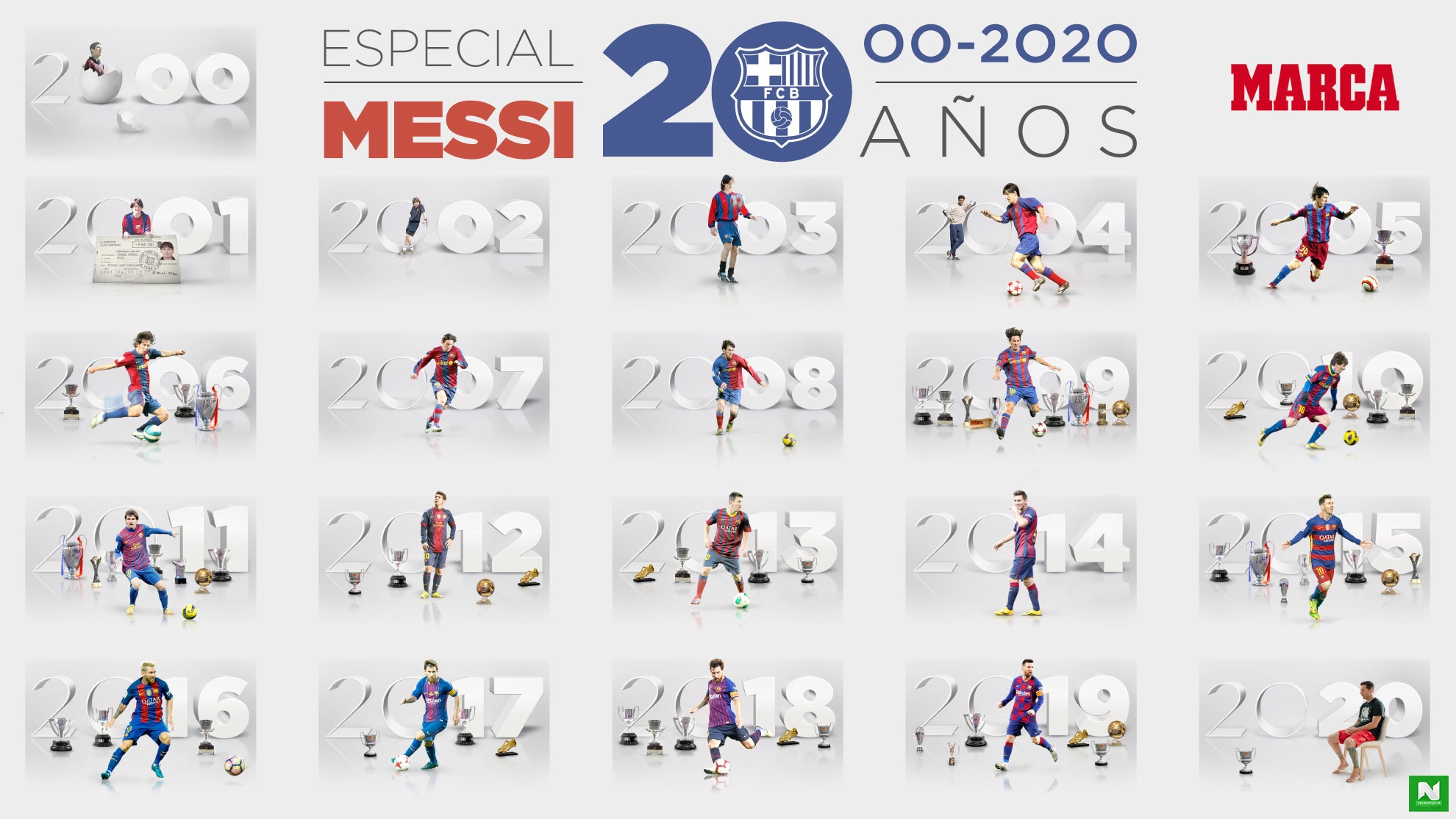 On the September 17, 2000, Lionel Messi arrived in Barcelona.

Accompanied by his father, the young Argentine's dream was to sign for Barcelona.

It wasn't an easy process, but eventually the two sides came to an agreement and Messi joined the club's junior ranks.

From there he became the best player in the world and arguably one of the greatest to have ever played the game.

In those 20 years, he has won everything with Barcelona, on a collective as well as an individual level.

Messi has been a great champion and far exceeded the dreams he had when flying over from Rosario that day.

And there have been some incredible moments that no one will forget.

Messi's debut for the club came under Frank Rijkaard in 2004 at just 17, with his first goal coming against Albacete the following year - a beautiful lob after a pass from his idol, Ronaldinho.

And it didn't take long for Messi to take off, with his 2007 Maradona-esque goal against Getafe perhaps doing the most to announce himself to the world.

After the introduction came the trophies, particularly after Pep Guardiola took charge at the Camp Nou in 2008.

In 2009, Barcelona won six trophies, with Messi adding his first Ballon d'Or to that haul.

And his display as a 'false 9' in Barcelona's 6-2 hammering of Real Madrid at the Estadio Santiago Bernabeu elevated his status to a new level altogether.

And that level barely dipped over the following years, with Messi reaching his zenith in 2012 with an incredible 91 goals in the calendar year.

But now, disillusioned with the club's progress, Messi appears to be on the way out.

Nonetheless, we take this moment to remember his amazing feats and celebrate the presence in Spain - for so many years - of the world's most special player.