Lukaku Closing In On Eto’o’s Inter Milan Record
By 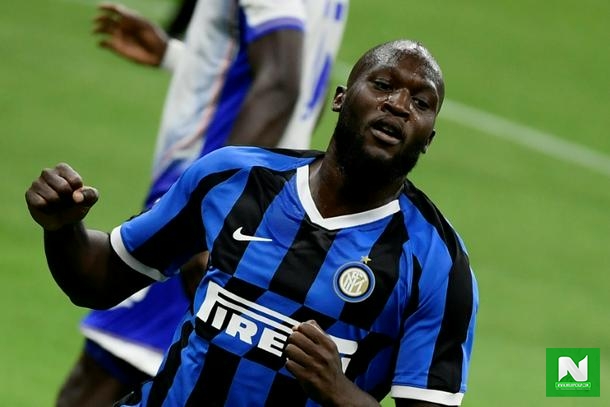 The striker was on target in the Italians’ 2-1 defeat of Bayer Leverkusen in Monday’s Europa League quarter-final fixture.

With Nicolo Barella giving Antonio Conte’s men a 15th-minute lead at Merkur Spielarena in Dusseldorf, Lukaku added the second six minutes later to send his team into the last four of the competition.

Thanks to this, the Belgian star has now been directly involved in nine goals in the European tournament for the San Siro giants this season – with six goals and three assists – excluding qualifiers.

African football icon Eto’o holds the record of the most involvements for Inter in a single season, which he achieved during the 2010-11 campaign when he scored eight goals and provided five assists.

Apart from taking his tally in all competitions to 31 goals this season, the former Chelsea, Everton and Manchester United man broke two records against the Bundesliga outfit.

Having hit the 30-goal mark against Getafe, Lukaku became the first Inter striker to score that many goals since Eto’o in 2010-11, when the four-time African Player of the Year famously netted 37 times when Inter claimed a historic treble.

Conte’s team will face either Shakhtar Donetsk or FC Basel in the semi-finals as they look to end the campaign on a high after missing out on the Serie A title to Juventus.