Abbey Elias popularly known as Skiibii Mayana, aka Oracle has shown off the receipt of about N1.3 million that he spent on food at a restaurant in Lagos state.

The meal, however, is a typical jollof rice, with turkey and fried dodo which amounted to the sum of $3,300 (a rough estimated of about 1.3 million Nigerian currency) revealed the lavish amount spent on food on his Insta-story. 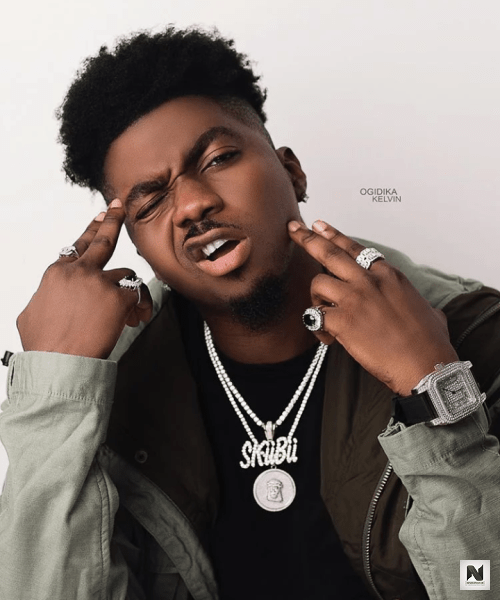 The cost of the meal looks outrageous as a spoon of Jollof rice is estimated to cost N190,000 which makes the bill a bit questionable.

Skiibii wrote “$3,300 for food Daz how star eat” as he shares the photo on his Insta-story.

See the photo below… 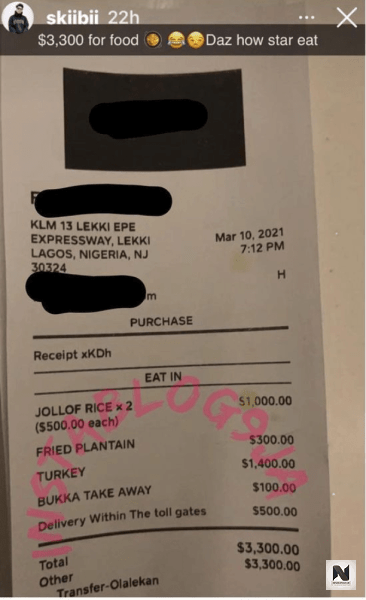