'Nothing Wrong In Freezing EndSARS Protesters' Accounts' - Governor Akeredolu
By 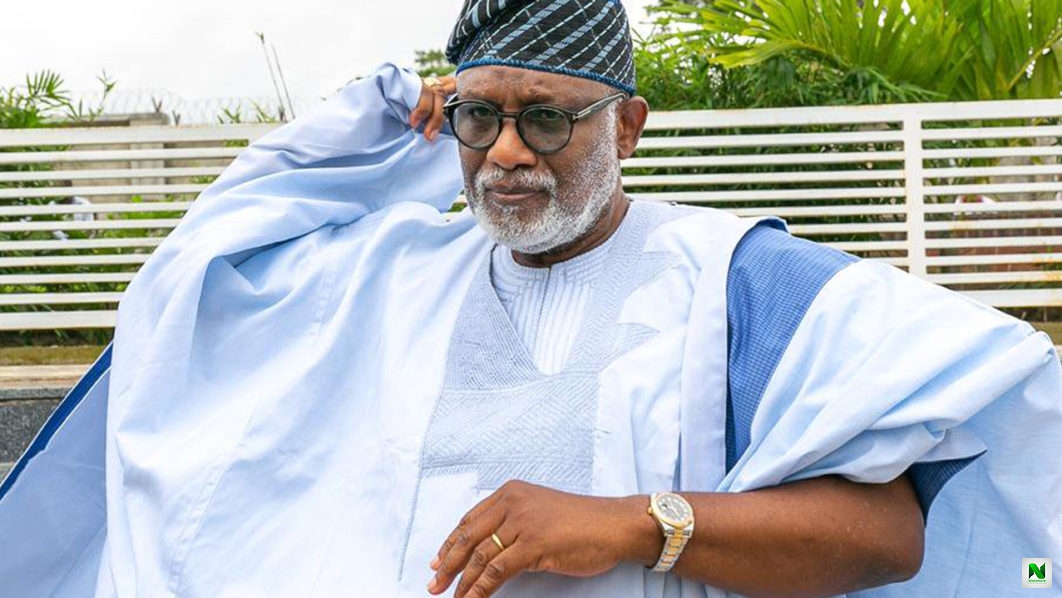 Ondo State governor Rotimi Akeredolu has defended the freezing of bank accounts belonging to some #EndSARS campaigners by Central Bank of Nigeria (CBN).

“Speaking very honestly, I don’t see anything wrong in it,” Akeredolu said in an interview on Channels Television’s Sunrise Daily.

“If for instance, my account was frozen, what would I do? All I would do is go back to court to explain.”

The Central Bank of Nigeria (CBN) in October froze the account of 20 persons alleged to have funded the two-week-long protest against harassment, extortion and extra-judicial killings by police personnel in the country.

Some of the accounts frozen by the apex bank were in Guaranty Trust Bank, Access Bank, Zenith Bank and other financial institutions.

The CBN argues that the accounts were being used to finance acts of terrorism in country, thereby, violating the Section 13(1)(a)and(b) of the Terrorism (Prevention)(Amendment) Act, 2013 and Regulation 31(2)(a)and (3)(b) of the Central Bank of Nigeria Anti-Money Laundering/Combating the Financing of Terrorism Regulations, 2013.

While groups, civil societies and opposition parties have criticised the government of being oppressive, Akeredolu said the persons whose accounts were frozen should approach the court to challenge the CBN.

“Even politicians, their accounts are sometimes frozen. You have to go to court and explain,” Akeredolu said “And at the end of the day, the court will say, ‘Leave the account. The account should be de-frozen’ and you take your money back.”

Akeredolu, a former chairman of the Nigeria Bar Association, said the protesters should explain the source of the monies in their accounts and the purposes they were meant for.

The CBN in an ex-parte to the frozen accounts told the court that the accounts were being used to finance terrorism but did not mention the owners being linked to the #EndSARS protest. This, Akeredolu said is not a conclusion to the matter.

He downplayed insinuations that the protesters are being charged for a treasonable offence.

“If your account is frozen, you justify why the money was there. You come to explain to what use you have put this money,” Akeredolu said.

“It is just that we (CBN) suspected this account then the owner of the account will explain. it is not a conclusion that those accounts were used for acts of treason.”