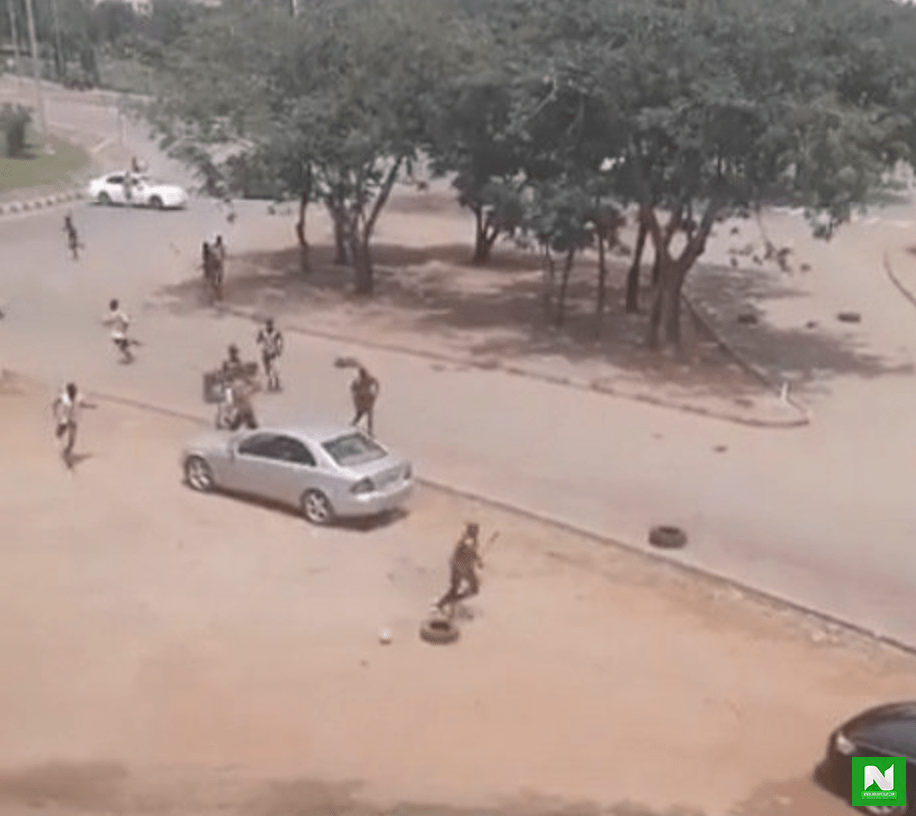 It could be recalled that #EndSARS protesters in Abuja were subjected to massive beatings by Pro SARS thugs.

According to popular Nigerian publisher, Omoyele Sowore, these thugs were sponsored by a member of the Buhari administration.

He made these known in a recent tweet which reads;

“PRIVILEGED INFORMATION: It has been revealed that the stick-wielding protesters were mobilised by the the chairman of Jabi Motor Park, acting with operatives of @mbuhari regime who contracted them to attack peaceful protesters. /1

“Next they are dropping voice notes into WhatsApp groups to turn this into an ethnic war! We must immediately swing into action to denounce this planned outcome by the regime, this is how they’ve figured out how to truncate the agitations #RevolutionNow”