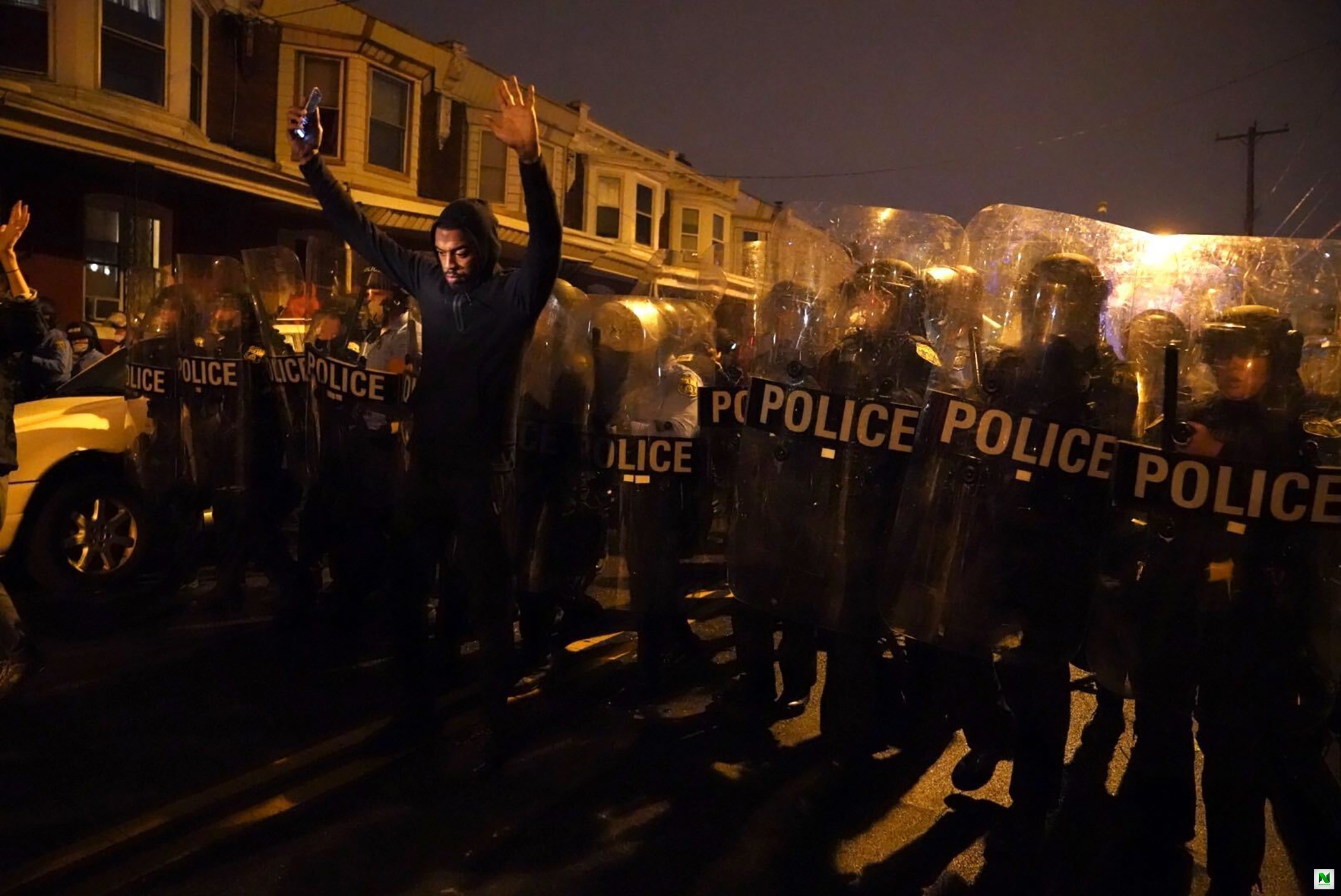 Protesters clashed with the police after the death of Walter Wallace Jr., who the authorities said had a knife. The mayor said the shooting raised “difficult questions that must be answered.”

The Philadelphia police on Monday fatally shot a 27-year-old Black man who they said was armed with a knife, touching off protests and violent clashes hours later in which the authorities said more than two dozen officers were injured.

Mayor Jim Kenney said the shooting, which was partly captured on video by a bystander, raised “difficult questions that must be answered,” and the police commissioner promised an investigation.

Protesters marched through West Philadelphia late Monday night, and video posted on social media appeared to show the police clashing with demonstrators. Thirty police officers were treated for cuts and bruises, caused in most cases by bricks, rocks and debris thrown by protesters, said Sgt. Eric Gripp, a spokesman for the Philadelphia Police Department. A sergeant was treated at a hospital for a broken leg after she was hit by a pickup truck, he said.

The shooting took place around 4 p.m., as the police responded to a report of a man armed with a knife. Video that was posted on social media shows the man, whom the authorities later identified as Walter Wallace Jr., walking into the street as people yell and two police officers aim their guns at him.

At one point, Mr. Wallace, who is several feet from the officers in the video, walks toward them as they quickly move backward. The camera points down toward the ground as about a dozen shots are heard.

Protesters gathered, and people were marching through the streets around 9:30 p.m. on Monday.Credit...Jessica Griffin/The Philadelphia Inquirer, via Associated Press

The camera quickly moves up as Mr. Wallace falls to the ground, and people rush toward him, including the officers. One woman who is screaming appears to throw something at one of the officers.

“Bro, they just killed him in front of me,” a man can be heard saying. “Y’all ain’t have to give him that many shots.”

Sergeant Gripp told The Philadelphia Inquirer that officers had ordered Mr. Wallace to drop the knife and that he had “advanced toward the officers.” After the officers shot Mr. Wallace, one of them drove him to Penn Presbyterian Medical Center, he said. Chief Inspector Frank Vanore of the Philadelphia police said at a news conference on Tuesday afternoon that he did not know how many times Mr. Wallace had been shot.

“It’s all part of the active investigation,’’ he said. “We are still reviewing all the evidence.”

Mr. Wallace’s father, Walter Wallace Sr., said his son had struggled with mental health issues and was on medication, The Inquirer reported. “Why didn’t they use a Taser?” he asked. “His mother was trying to defuse the situation.”

Mr. Kenney, the mayor, said at the news conference on Tuesday that he had spoken with Mr. Wallace’s family “to hear their concerns firsthand and answer their questions to the extent that I am able.”

He said he had watched “the video of this tragic incident and it presents difficult questions that must be answered.”

“We need a speedy and transparent resolution for the sake of Mr. Wallace, his family, the officers and for all of Philadelphia,” he said.

The city’s police commissioner, Danielle Outlaw, echoed the mayor’s sentiments and said she shared in his grief over Mr. Wallace’s death. She said she had directed the Police Department’s officer-involved shooting investigation unit to review the matter.

“There are many questions that demand answers,” she said. “Residents have my assurances that those questions will be fully addressed by the investigation.”

A Philadelphia City Council member, Jamie Gauthier, said in a statement that she wanted the police to immediately release the officers’ body camera video from the incident. “The public deserves a full, unvarnished accounting of what took place today,” she said.

Ms. Gauthier also criticized the officers for firing their weapons. “Had these officers employed de-escalation techniques and nonlethal weapons rather than making the split-second decision to fire their guns, this young man might still have his life tonight,” she said.

The Philadelphia district attorney, Larry Krasner, said his office was looking into the shooting and urged the public to be patient.

“We intend to go where the facts and law lead us and to do so carefully, without rushing to judgment and without bias of any kind,” he said in a statement. “In the hours and days following this shooting, we ask Philadelphians to come together to uphold people’s freedom to express themselves peacefully and to reject violence of any kind.”

In a statement, John McNesby, the president of the Fraternal Order of Police Lodge 5, also asked for the public’s patience and defended the officers.

“Our police officers are being vilified this evening for doing their job and keeping the community safe, after being confronted by a man with a knife,” he said. “We support and defend these officers, as they too are traumatized by being involved in a fatal shooting.”

At around 9:30 p.m. on Monday, protesters were marching through the streets of West Philadelphia, with a parade of vehicles honking behind them. Just after 11 p.m., video posted on Twitter showed police officers using batons as they clashed with a large group of people on a residential street. Taryn Naundorff, 21, who recorded the video, said the police “started forcefully pushing back the crowd and beating anyone who wouldn’t back up.”

Eight police vehicles and one Fire Department vehicle were vandalized, Commissioner Outlaw said, adding that one of the police vehicles had been set on fire. She noted that a total of 91 people were arrested during the civil unrest that took place from Monday into Tuesday morning. There were 11 assaults on police officers and there were 76 arrests for commercial burglaries, including three that were committed with guns, she said.

Anticipating the possibility of more civil unrest on Tuesday night, Commissioner Outlaw said the department would increase its presence in key locations around the city.

There have been widespread demonstrations against police violence and racial injustice across the country since May, when George Floyd, a Black man, was killed by the police in Minneapolis.