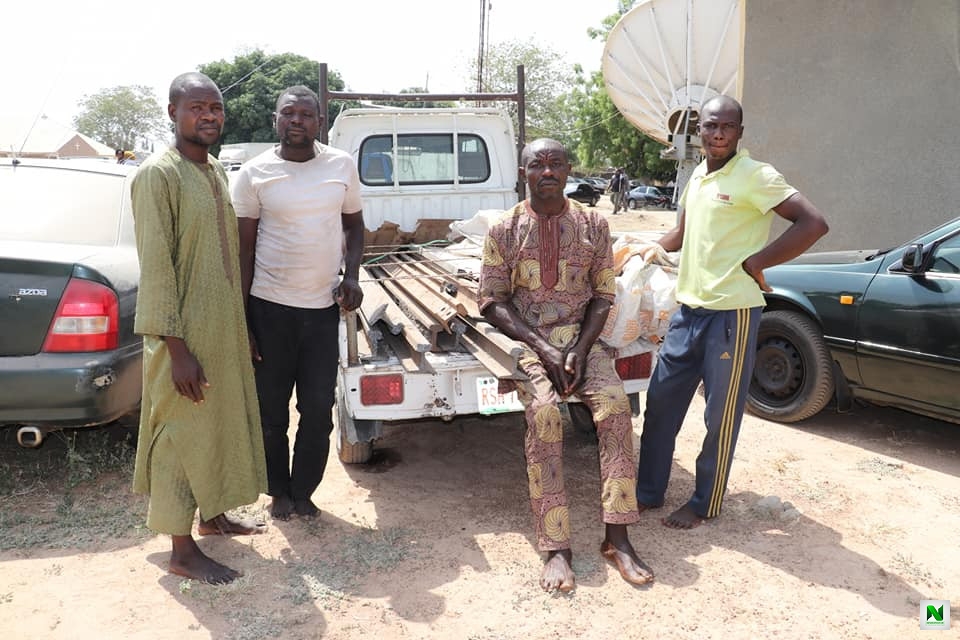 Spokesperson of the command, ASP Wasiu Abiodun, who confirmed this in a statement on Tuesday, January 26, said 41 pieces of vandalized railway tracks were recovered from the suspects.

The suspects, Adamu Abdullahi, 30, Ahmadu Sa’adu, 25, both of Maitumbi Minna, Ojo Okuo of Gbaiko village and Rabiu Yunusa, 35, of Angwan Sarki, Paida Minna, were arrested on January 9, by police and vigilante operatives attached to Maikunkele division while on patrol along Maikunkele-Zheko road.

"The suspects were arrested with fourty one pieces of vandalized rail tracks loaded in two Hijet pick-up vans with Reg. No. XG 668 AA and RSH 742 XB," said Abiodun.

"During interrogation, Adamu Abdullahi confessed to have bought the rail tracks from one Hussani presently at large and contacted Ojo Okuo who cut the rail tracks to movable sizes, while Ahmadu Sa’adu and Rabiu Yunusa were conveying the tracks from Jangaru village to Kasuwa Gwari Market Minna with the said vehicles. Suspects will soon be arraigned in court for prosecution." he added.