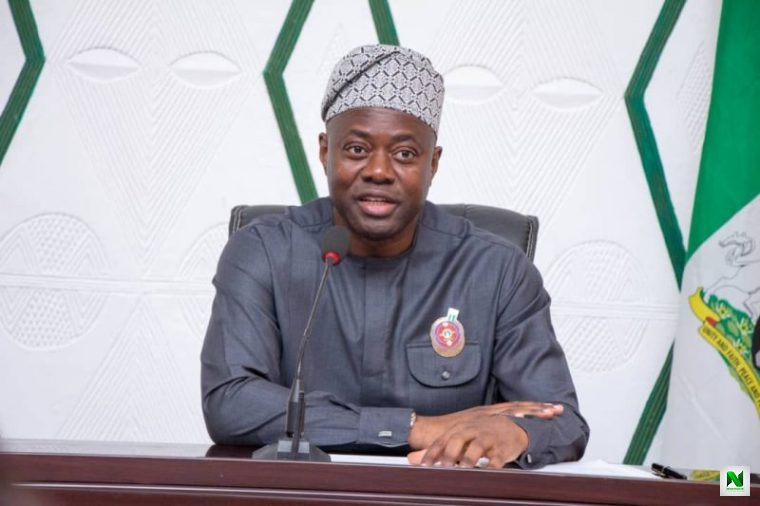 The World Bank has queried the Oyo State government on the proposed award of contract for the construction of the ‘Second Pool of Long Term Investment for Flood Control’ project to companies allegedly linked to the state governor, Seyi Makinde, and other top government officials, SaharaReporters has gathered.

The state government, through the Ibadan Urban Flood Management Project (IUFMP) headed by one Dayo Ayorinde, had lobbied the bank to undermine its procurement strategy and award the project to companies linked to Makinde and his cronies over N12 billion above the lowest bidders in the four lots.

Inside sources said the contract process, which was meant to have been concluded by the end of 2020, is being stalled because of the greed of some top government officials in imposing their chosen contenders which is contrary to the bank's procedures.

“About four different petitions were written to World Bank with respect to the manipulation of the process by the state government headed by the commissioner for finance, Akinola Ojo. So some representatives of the bank decided to meet the governor but were shocked when he told them to leave the project and go to another state if they are not ready to give the contact to companies he nominated,” a source told SaharaReporters.

“He fears that his political opponents may have influence over other contenders for the project, thereby empowering them financially to compete with him during the 2023 election. We are talking about $200 million here, that’s over N75 billion.

“Currently, both the state government and the World Bank are at loggerheads over this contract and this could lead to the bank cancelling the funds if the government refuses to comply with its procurement strategies. They have told Makinde this already.

“Imagine, a governor playing politics with a project that will have an impact on the lives of his people.”

Meanwhile, a non-governmental organisation, Ibadan Ko 'Ya Anti Corruption Coalition, has expressed fear over the government’s delay in approving and releasing the names of contractors to handle the project.

The group in a statement seen by SaharaReporters called on well-meaning Nigerians, especially the people of Ibadan and Oyo State in general to prevail on the government from further delaying in announcing and submitting the names of qualified contractors to the bank sponsoring the projects before it is too late.

The statement read, “The government has refused to name the qualified contractors who participated in the bid advertised on August 6, 2020, and opened publicly on Friday, October 2, 2020, to handle the project tagged ‘Ibadan Urban Flood Management Project’.

“The contractors who participated in the bid were more than 28 and from their quotations and bid prices alongside their bid security amount, it is clear and without ambiguity the companies who should be awarded the contracts.

"As stakeholders in Oyo State project and among those who are interested in the development of the state, we are so concerned about the government of Engr. Seyi Makinde insistence on forcing his chosen contractors on the World Bank.

"We gathered however that the delay from the government was not unconnected to greediness and the fact that the government is out to manipulate the outcome of the bid and the contract process, while imposing their own chosen contractors which is contrary to World Bank procedures and standard.

"We fear that there are already several petitions written to World Bank with respect to the manipulation of the process by the state government. This we can assure Nigerians may lead to the cancellation of the loan facility and make Oyo State and the communities benefit from the flood management project the losers."

Calls put across to Taiwo Adisa, spokesperson for the governor were not answered nor returned.