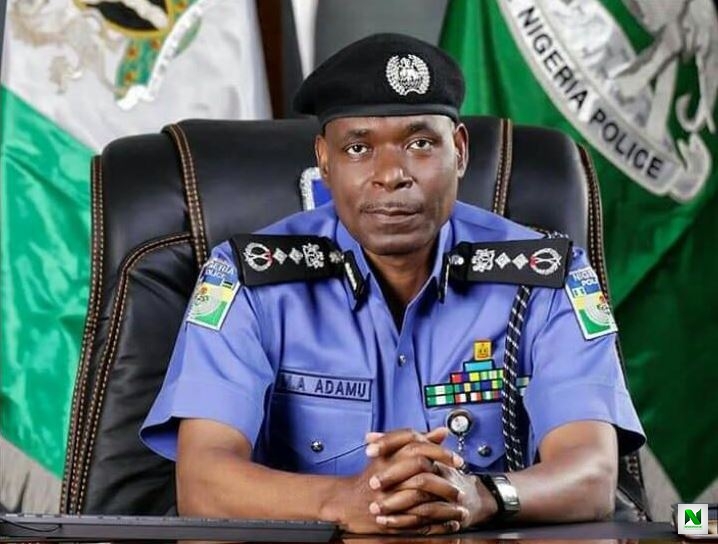 Federal, Lagos and Oyo state governments have received no fewer 126 petitions on human rights violations by the Special Anti-Robbery Squad of the Nigeria Police Force.

Government officials, who disclosed this in separate interviews with The PUNCH on Tuesday, stated that 65 petitions had been received by the Federal Government, 46 in Oyo and 15 in Lagos.

But as federal and state governments intensified efforts to investigate human rights violations by security agents, the Inspector-General of Police, Muhammad Adamu, came under fire on Tuesday as looters continued attacks on government and private establishments with futile efforts by the police to stop them.


Also contrary to the IG’s directive last week, the police had yet to fully return to streets of Abuja and Lagos five days after the #EndSARS protests ended.

Recall that youths demanding the disbanding of SARS on October 8 embarked on two weeks protests in major cities across the country.

On October 12, the Federal Government granted the demand of the protesters by disbanding SARS, but the youth insisted that government had not met their five demands,

The demands include release of all #EndSARS protesters, justice for the deceased victims of police brutality, setting up of panels to investigate police brutality, psychological evaluation of SARS officers and increase in police salary.

But on Tuesday, the Federal Government’s Independent Investigative Panel on Human Rights Violations by SARS said it had received 65 petitions on rights abuses by the police unit.

The 11-man panel led by Justice Suleiman Galadima, a retired Justice of the Supreme Court, was inaugurated by the Chairman of the National Human Rights Commission, Mr Tony Ojukwu, on October 21.


The Secretary of the IPP, Mr Hilary Ogbonna, confirmed to one of our correspondents that the panel had received 50 petitions from different parts of the country before the inauguration last week Wednesday, and additional 16 thereafter.

Asked when panel would begin sitting, Ogbonna said, “We are considering next week, but no date yet.”

In Lagos State, the panel of inquiry and restitution set up by the Lagos State Government, had received 15 petitions.

In Oyo State, Governor Mr Seyi Makinde, said no fewer than 46 persons had reported cases of rights violations and police brutality through the platform created for that purpose.

The governor said this in Ibadan on Tuesday while addressing representatives of the youth, artisans, drivers and other categories of people in the state.

He said, “Forty six persons have so far reported infractions and rights abuses. Representatives of the youth and artisans will serve on the panel of inquiry.”

But the panel of inquiry in Enugu State did not commence sitting on Tuesday. It was learnt that it might begin sitting next week.

A member of the panel, who spoke on condition of anonymity, told one of our correspondents on the phone that “we were yet to meet because of the curfew imposed by the state government. We are likely going to meet today or next week.”

In Ondo State, the judicial panel has not started sitting also. Speaking to one of our correspondents, the Secretary of the panel, Mr Lanre Amuda, said the panel had not begun sitting but it had been receiving some complaints.

But the Nasarawa State panel began sitting on Tuesday. The Chairman of the commission, Justice Badamasi Maina (retd.) at this inaugural sitting, said proper sittings of the panel would begin next month.

The Chairman of the Ebonyi panel and former Chief Judge of Ebonyi State, Justice Aloy Nwankwo, in a telephone interview with The PUNCH, in Abakaliki, said the panel had not received any petition.

In Abuja, the police failed to stop hoodlums who invaded the National Youth Service Corps orientation camp in Kubwa and the Peoples Democratic Party office in Gwagwalada, vandalizing and stealing office equipment and welfare items.

Attempted by the looters to invade the Nigerian Customs Service Command and Staff College in Gwagwalada were repelled by armed NCS operatives who fired gunshots in the air to stop them.

The attacks happened despite claims by the authorities that they had deployed soldiers and police personnel to beef up security across the Federal Capital Territory.

The IG had on Saturday ordered police commanders to immediately stop the descent to anarchy across the country.

Adamu directed the immediate mobilization of all police operational assets and resources to bring an end to the wanton violence, killings, looting and destruction of public and private property, and reclaim the public space from “criminal elements masquerading as protesters in some parts of the country.”

The hoodlums commenced their lawlessness on Saturday with a raid on a warehouse holding COVID-19 palliatives at Garki Area 10.

On Sunday, they stormed the Idu Industrial Estate, Jabi, Abuja and emptied some warehouses housing relief materials and provisions.

But on Tuesday, at Gwagwalada, miscreants broke into the PDP area office in phase 3 zone 4 and went away with grinding, sewing and water pumping machines meant for the empowerment of party members across the 10 wards in Gwagwalada Area Council.

The building belonging to the Senator representing the FCT, Philip Tanimu Aduda, was also vandalized as the windows and doors were smashed.

A party chieftain, Isaac Yusuf, confirmed the attack on the office, adding that some of the miscreants were arrested and handed over to the police.

He stated, “The hoodlums invaded our party office, and looted the items meant for party faithful. The items were to be shared to members across the 10 wards in Gwagwalada, but they stormed the building, smashed the doors and windows and carted away sewing and grinding machines as well as office equipment. You can see that they have vandalized the chairs including the windows.

“We were able to make some arrests; we are calling on the Federal Government to do something about the ongoing looting and attack on private property.”

The thugs also caused a scare in another satellite town, Kuje, as they blocked the roads while searching for warehouses where relief materials were stored.

Though teams of policemen were seen at some street junctions in the city centre, and around public buildings, the satellite towns and suburbs lacked the presence of police operatives.

In Lagos, five days after #EndSARS protests ended, police presence was not felt in various areas in the state as hoodlums were taking advantage of the lack of security to extort and rob unsuspecting members of the public of their valuables.

At various areas like Berger, Fagba, Ikotun, Abule Egba, Kola area of Alagbado, among others, hoodlums were seen barricading roads, demanding money from motorists and motorcyclists conveying passengers to various destinations in the state.

Some armed hoodlums were said to have used dangerous weapons to rob unsuspecting members of the public of their valuables.

A victim, who identified himself simply as Agboola, said he was attacked by hoodlums around 7pm around the Millennium Bridge in Abule Egba on Monday, adding that he had to ply a one-way direction to escape the siege laid by the hoodlums.

He said, “I left home and was on my way to work, but when I got to the Millennium Bridge around Abule Egba, I suddenly saw that big wood and tyres had been used to block the road. The hoodlums appeared from nowhere and wanted to use cutlasses to break my searchlight but I wound down a little bit to caution them. Three of the hoodlums moved closer to my car and started forcing my door open but it didn’t.

Reacting to the development, the state Commissioner of Police, Hakeem Odumosu, said the command had embarked on convoy patrol strategy to take charge of the state, adding that efforts were on to create temporary work stations at areas where police stations had been burnt or vandalised.

On her part, the FCT police spokesperson, ASP Mariam Yusuf, denied that there were gaps in the security system, noting that the force had doubled its efforts while making more arrests.

But lawyers and human rights groups, in separate interviews with The PUNCH on Tuesday lambasted the IG for the failure of the police stop hoodlums who looted and vandalized public and private property.

A former Vice-President of the Nigerian Bar Association, Mr Monday Ubani, berated Adamu over looting across the country.

He said rather than complete withdrawal, the police should have embraced the use of non-lethal force against the rampaging hoodlums.

Lamenting the level of destruction, Ubani said in Lagos courts were razed. He stated, “I think it was wrong that policemen were nowhere to be found.”

The Executive Chairman of the Centre for Anti-Corruption and Open Leadership, Mr Debo Adeniran, said while he had no evidence that the IG withdrew policemen while the hoodlums held sway, he believed the IG should be sanctioned for failing to put measures in place to stop hoodlums from hijacking the #EndSARS protests.

A security analyst, Ben Okezie called for a change of leadership, noting that the IG had lost the confidence of his men and officers.

He said the policemen’s adherence to duty had diminished hence their refusal to obey the IG’s directive to clamp down on the hoodlums rampaging the streets.

Okezie blamed Adamu for the #EndSARS protests, noting that if he had stepped in and taken the right measures last year, the ensuing agitations would not have happened.

“If he had done the needful in 2019, the EndSARS protests wouldn’t have been necessary but he just made some statements and swept the issues under the carpet.

“The IG said he deployed Mobile Police but where are they? Nobody saw any of them? They were trained for this kind of situations but they didn’t show up. Though, he is leaving in the next few weeks but there should be a change of leadership now. Let another person take over and do the right thing,” the consultant submitted.

The Convener, Coalition In Defence of Nigeria Democracy Dayo Ariyo-Atoye said the fact that the police had been poorly treated partly informed their decision to stand down and ignore the directives of the IG.

He added that the personnel had been at the receiving end of the injustice and maladministration in the country.

He stated, “The hoodlums who are angry and looting warehouses have the same perspectives with the angry and frustrated police officers. The policemen believe the hoodlums are extracting their pounds of flesh and they dont see any need to come to the aid of the ruling elite who have kept the palliatives away from the people.”

A former President, Committee for the Defence of Human Rights, Malachy Ugwummadu, said the IG should face trial at the ICC for crime against humanity

He said, “It is not only the IGP alone that is qualified for prosecution at the ICC for obvious cases of crimes against humanity. Virtually all heads of Nigerian law enforcement agencies are eligible “candidates” at ICC for the numerous and documented cases of extra-judicial killings and violence against the Nigerian people.”

But an Intelligence and Security consultant, Kabir Adamu, said the security forces were unable to contain the situation due to lack of the necessary equipment to manage the hoodlums.