How Osinbajo's Intervention Led To Conviction Of Dismissed SARS Operative
By 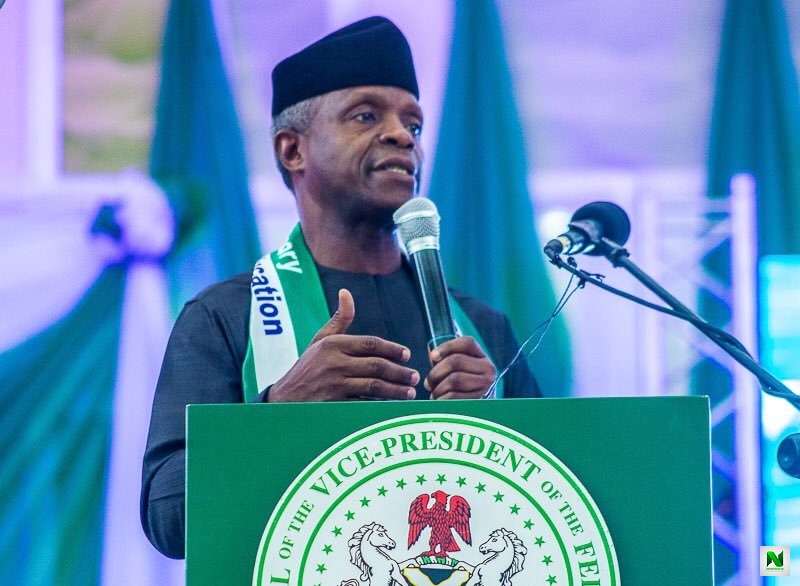 Joseph Omotosho, a dismissed operative attached to the Special Anti-Robbery Squad (SARS), has been sentenced to death over extra-judicial killing.

Omotosho, a former police corporal, and four others, who were found guilty, all served with the now defunct SARS.

Reacting to the ruling by a Benin High Court, Mr Laolu Akande, Spokesman of Vice-President Yemi Osinbajo, tweeted, “We welcome this important court ruling where 5 DISMISSED SARS officers were convicted and one already sentenced to death, we commend police authorities for earlier dismissing the convicts. We expect more of such because indeed “justice is the first condition of humanity.”‘

Omotosho and four other police constables were found guilty by the court following their trial on an eight-count charge of conspiracy, murder and stealing.

On Friday, a State High Court in Benin City, Edo Sate, had sentenced Omotosho to death for conspiring with the four other constables, (alleged to still be at large) to kill a car dealer, Benson Obodeh, in 2015.

The late Obodeh was suspected by the police to belong to a criminal gang.

The four other dismissed constables – Adeleke Adedeji, Abena John, Oniyo Musa, and Henry Shobowole – were also convicted but not sentenced because they were not present in the court.

According to court documents, they were said to have escaped while on trial from one of the Medium Security Correctional Centres in Benin City during the October, 2020 jailbreak, in the aftermath of the #EndSARS protests.

Osinbajo is publicly known to be an ardent advocate in government working to ensure the Police Force took the necessary administrative actions to reduce cases of police brutalities with the necessary political support of President Buhari.

The VP met the Inspector-General of Police alongside the President which led to the first Presidential Address during the EndSARS in 2020.

It will be recalled that at least two different National Economic Council (NEC) meetings presided over by Professor Osinbajo in October 2020 led to the implementation of the protesters’ main demands in the shortest possible time.

In addition to setting up Judicial Panels by the states, NEC further directed that the states maintain an up-to-date database to set up a Victims Support Fund to compensate those who have suffered from police brutality, especially SARS.

Osinbajo also reassured Nigerians and the international community at a meeting with the US Department of State delegation on 23 October 2020 of the plan of both the federal and state governments on police reform that the reforms will be a “game-changer in ensuring an end to impunity” and that the measures put in place so far will yield the “best possible results” on police reform in Nigeria.