Herdsmen Have No Alternative, They Must Register, Says Ondo State Government
By 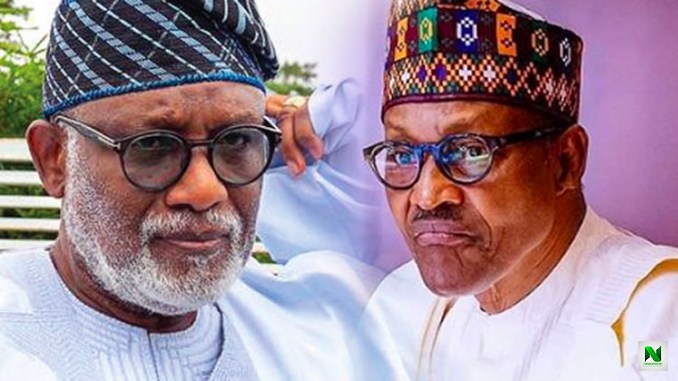 Following the agreement reached by the Nigerian Governors’ Forum, the Miyetti Allah Cattle Breeders Association and other stakeholders on vacation order issued to the herdsmen to leave the forest reserves in Ondo State, the government has said the herders have been moving out of the forest.

The governors and the MACBAN in the communique issued after their meeting on Monday agreed to support the Governor Rotimi Akeredolu’ s order on ban on night grazing, under-age grazing, movement of cattle along the highway and within the cities and herdsmen moving out of the forest reserves.

Speaking on the development on Tuesday, the Special Adviser to the Governor on Security Matters, Alhaji Jimoh Dojumo, said the herdsmen had been moving out of the forest reserves in compliance with the order of the governor.

He said the government was waiting for the herdsmen to register, adding that many herders had indicated interest in the exercise.

He said, “We have just started, I am sure they would come. The herders don’t have any alternative but to register and anyone who fails to register will not be allowed to operate in the state. The registration has to be total.”

Also speaking, the Ondo State Chairman of MACBAN, Alhaji Garuba Bello, said the herders would begin to register any moment.

“My people are ready to register; let the government go to the forest and monitor how the herdsmen are obeying the order, “ Bello said.

Meanwhile, the Movement for the Actualisation of the Sovereign State of Biafra on Tuesday applauded Akeredolu on the steps taken to preserve the lives and property on Ondo State.

The pro-Biafra group in statement by its National Director Of Information, Comrade Edeson Samuel, said after their executive meeting, “MASSOB hails the Governor of Ondo state, His Excellency Rotimi Akeredolu (SAN), on his eloquent and bold steps taken to preserve the lives and properties of his people.

“MASSOB urge the South-East governors to emulate Akeredolu in order to save our people, especially the Governor of Enugu State because Nkanu, Awgu, Aninri and Isi Uzo local government areas are occupied by the Fulani terrorist and criminals called herdsmen.”

Additionally, the Ondo State Assembly of Traditional Religion Worshippers on Tuesday called on Akeredolu to involve them in the fight against the activities of the killer herdsmen in the state and the South-West.

The state Coordinator of the traditional worshipers, Chief Adewale Oso, who spoke with journalists in Akure, the state capital, said they had the spiritual support of the ancestors to collaborate with the government to chase out criminals in the state.

He said, “Our traditions have powers to expose evil doers around us. If some people are killing and hiding, when authorities do the right thing, in the traditional way, they would be exposed.”