Fake News Alert: UAE Did Not Suspend Issuance Of Visa To Nigerians
By 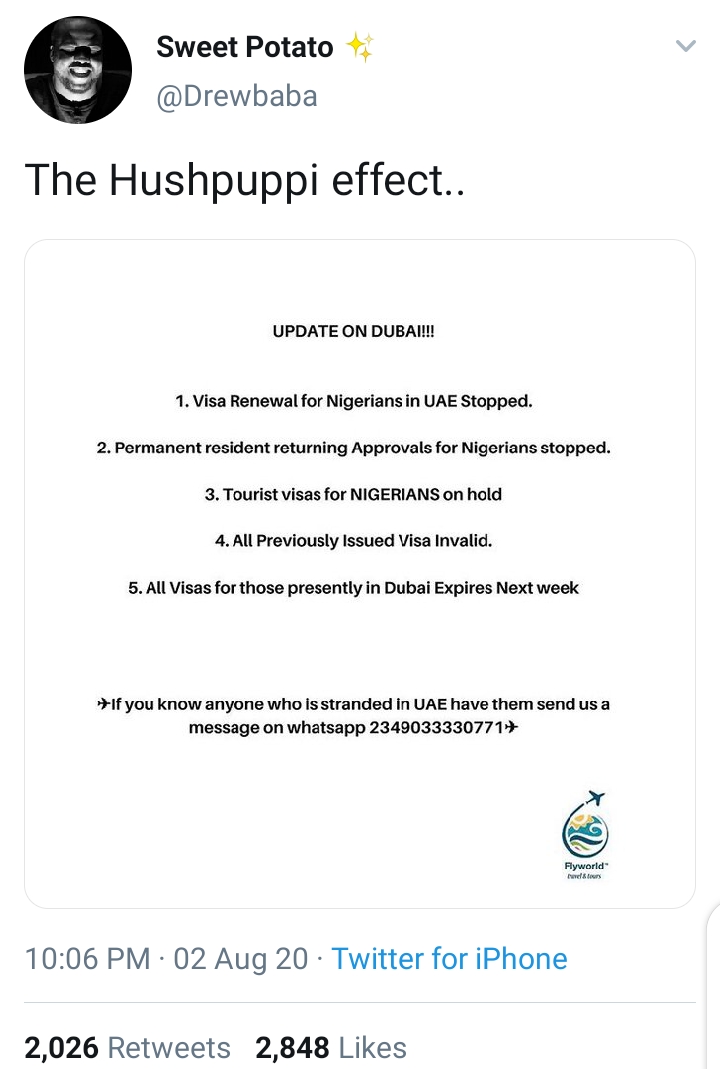 UAE did NOT suspend issuance of visa to Nigerians

You must have come across social media reports that the United Arab Emirates (UAE) suspended issuance of visa to Nigerians.

Well, do not panic. That is fake news merchants at work.

The reports which emanated from Twitter have been denied by an official of the UAE embassy in Nigeria who spoke to TheCable on Tuesday.

TheCable traced the reports to a Twitter user with the account @Drewbaba, who said UAE’s decision to suspend visa to Nigerians is as a result of the “Hushpuppi effect”, in relation to the Nigerian recently arrested in Dubai for alleged fraud.

Hushpuppi, whose real name is Raymond Igbalode, was arrested in June, alongside some other Nigerians, including Olalekan Ponle, better known as Woodbery.

Amid fears that Hushpuppi’s arrest could rub off negatively on Nigeria’s image, the Twitter user said on Sunday that the UAE has put on hold the renewal and issuance of various categories of visa to Nigerians.

According to the claimant, in addition to suspending visa issuance and renewal, the Middle-Eastern country also stopped approving permanent residency and tourist visa for Nigerians.

“All previously issues visa invalid,” the user also said, adding that “all visas for those presently in Dubai expires next week”.


He then added a relief window for those stranded, asking them to contact a particular number for assistance.

The tweet, archived here, has since gone viral, generating more than 5,000 reactions. As expected, it has also got people panicking.

But speaking to TheCable over the phone on Tuesday, an official of the UAE embassy in Nigeria said no such policies were issued by the country.

The official said the UAE still issues and renews visa for Nigerians, adding: “I am not aware of such thing is done”.

There is also no such information published either on the embassy’s website or on that of the UAE naturalisation, residency, and ports (NRP) department.