EndSARS: The Moment Governor Sanwo-Olu Was Booed At Lekki Toll-Gate (Video)
By 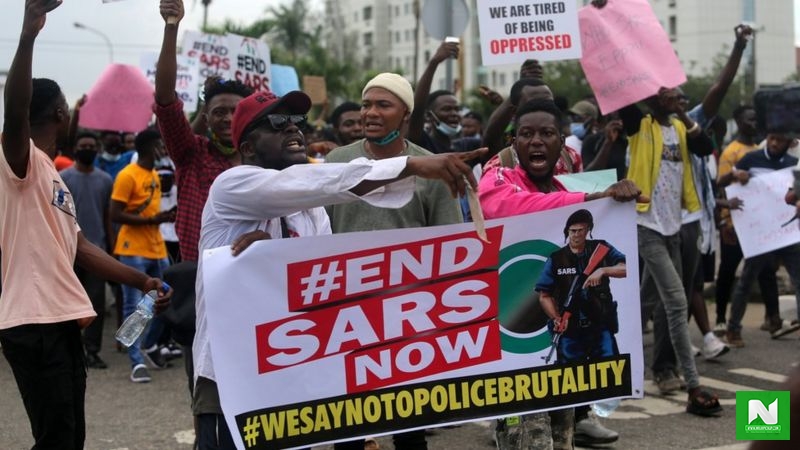 IgbereTV captured the moment Governor Sanwo-Olu of Lagos State was booed at the Lekki Toll-Gate.

#EndSARS protesters on Monday morning blocked the Lekki toll gate section of the Lekki-Epe Expressway in Lagos State to demand an end to police brutality.

The protesters in their numbers brought a halt to the commercial activity of the toll gate.

They continued to chant ‘End SARS’ with many carrying placards with ‘stop the killing, end SARS, stop police brutality.
Motorists were diverted to an alternative road to gain access into Lekki town after hours in traffic gridlock.

IgbereTV reports that Lagos State governor Babajide Sanwo-Olu later was at the place of protest to speak with the protesters but was booed off.

In the company of the deputy governor Obafemi Hamzat and other cabinet members, Sanwo-Olu said the voices of the youths have already been heard.

“You have spoken well and loud. One of the things we have said is that we need to do a full police reform.”

The governor assured the youths that the government was planning on compensating families of persons who have been killed by trigger-happy police personnel.

While Sanwo-Olu reeled out the names of the victims, stating the government plans, the protester chanted songs to boo the governor.

Sanwo-Olu also highlighted more on the demands of the Youths and promised to take them back to Abuja when he sees Nigeria President Muhammadu Buhari.
Buhari on Monday assured Nigerians that police personnel found culpable of misconduct will be prosecuted.

The president said the dissolution of the Special Anti Robbery Squad (SARS) of the police is the first step in the reform of the Nigeria Police.