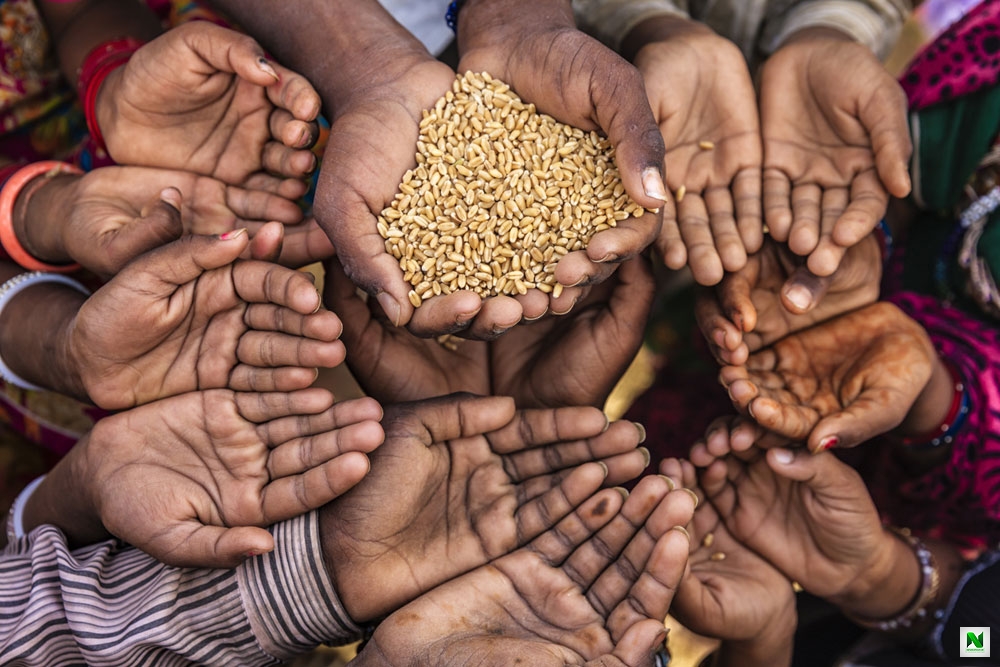 Prices of foodstuff and beef have risen in Lagos, Ibadan, Benin, Uyo, and other parts of Southern Nigeria in recent days, a PREMIUM TIMES’ survey has revealed.

The hike in prices comes against the backdrop of a blockade of southern Nigeria announced by the Amalgamated Union of Foodstuff and Cattle Dealers of Nigeria (AUFCDN) last week.

The union is demanding the protection of its members and payment of about N475 billion compensation for lives and property lost in the wake of the crises recorded across Nigeria in recent months.

PREMIUM TIMES’ investigation at foodstuff and commodity markets revealed that the action of the union has driven up prices of beef, foodstuff and vegetables, especially in states in the southern part of the country and the Federal Capital Territory, Abuja.

At the popular Mile 12 market in Lagos, this newspaper observed Tuesday that meat sellers across the market were largely absent and there was scarcity of tomatoes, pepper and some other food items brought from the northern part of the country.

When PREMIUM TIMES’ reporter visited the market, the few available tomatoes traders were besieged by a crowd of desperate buyers haggling prices.

Some other sellers sold crates of tomatoes between N11, 000 and N8, 500, depending on how fresh they looked.

Checks by PREMIUM TIMES Tuesday revealed that (cow) butchers were largely absent from their stalls in the market. Traders in the market attributed their absence to the fact that cows are no longer being killed at abattoirs due to high prices.

In Uyo, the capital of Akwa-Ibom state, PREMIUM TIMES gathered that scarcity of beef has become a source of concern for residents.

Mijin Yawa, chairman of meat sellers in one of the markets in the Akwa Ibom state capital, said they did not have enough cattle to slaughter.

“The situation is we don’t have what to use, when the raw material is not there, there is no way for you to produce. The raw material of meat is cow, and we don’t have it. This is as a result of the national strike by the Amalgamated Union of Foodstuff and Cattle Dealers of Nigeria (AUFCDN) that is on,” he said.

Mr Yawa said in markets where they usually slaughter up to 50 cattle daily in the past, they now struggle to kill 20 cows because of scarcity.

“We’re now taking from our reserves, so that people can access small meat. They’re now selling a pan weight at N1500 instead of N800,” he said.

Tirmidhi Alamu, who trades cow meat at New Benin market in Edo State, told our reporter on Tuesday that cow is very expensive in the market.

“We don’t even know what to do, and we have to sell,” he lamented.

“But meat is too expensive. We learned the northerners said they will no longer bring cattle for us anymore unless the federal government compensates them for their losses. The situation is tough here.”

In Owode market, Offa, Kwara State, the price of beef soared by over 50 percent Tuesday morning.

According Abubakar Haruna, a meat seller, the portion bought for N50,000 two weeks ago has now increased to over N80,000.

PREMIUM TIMES reporter who visited the market observed that beans, which sold at N500 naira per module before the blockade, now sells for N700.

Sadiat Olanrewaju, a retail pepper seller, said she has not been able to sell tomatoes for more than a week because of the costly rate.

“If I buy it for that price, how much will I sell it for?” she lamented.

However, PREMIUM TIMES observed that the price of onions has remained relatively stable in the market.

At the Federal Capital Territory, Abuja, PREMIUM TIMES’ found that prices of food commodities had skyrocketed in the last few days.

Due to the uncertainty, Nura said many traders are hoarding their produce.

“Nobody is allowed to carry meat or tomatoes from the North to any part of the country that is what I heard now,” he said.

A trader, Prenka, lamented the food crisis caused by the blockade. He said even if a trader is able to gain access to the goods, transportation has to be done in the night and that is why there’s a hike in the prices of food items.

Prenka called on the government to resolve the conflict that hampers the free flow and movement of food items from the north to the south and parts of Abuja.

Another trader, Abdullahi, lamented that the crisis around the country has disrupted a lot of things.

Ola Ogunyemi, a butcher, said the government should make things easier for the poor people. He said a kilo of meat that sold at prices between N1,000 and N1,200 now sells for N2,500 in the market.

The president of the meat sellers’ union in Dutse market, Aminu Sani, said the reason for the hike in the price of meat is because somewhere around Zaria, Kaduna State, there is no passage as the road was blocked. This resulted in scarcity and increase in price.

In an interview with our reporter, Chukwudi, a goat meat seller at the market said an average-sized goat that sold at N13,000 in the past now sell for between N18,000 and N20,000.

At Garki market in Abuja, the situation was the same on Tuesday.

Olaitan, another trader at the same market said “prices of commodities like beans, onions, meat, yam, potatoes have gone up.”

The director of Oriolowo Investment, Ola Dauda, told PREMIUM TIMES that in the last week of February, the price of beef increased from N1,800 to N2,000 per kilo.

In Ibadan, the Oyo State capital, prices of foodstuff and beef have also recorded a jump in the last few days.

Segun Akinlabi, a meat seller in Olodo market, explained that beef has been expensive because the northerners are not taking cows to the city again.

“This hike we experience from the last two weeks is worrisome,” he said.

Omodasola Yusuf, Iyalaje of Olodo market, said rice, beans, and other goods have been very difficult to purchase due to the blockade.

“We urge the government to help us and ensure that there is unity in Nigeria so that everyone will not die of hunger.”

Biatu Adejuwon, Olodo market spokesperson, lamented the increase in the prices of foodstuff since the blockade was announced.

“I sell corn and I can tell you that things have been terrible,” the spokesperson said.

“It is not the same price we bought and sold goods last week that is obtainable this week. We sold a Congo of beans for N600 last week but it is now N750. Hausa people are not bringing goods and people now hike the little they have. We are tired already and hoping that God will save us from the hardship.

“Many of us borrowed money from microfinance to run our businesses but people are not buying because things are expensive. We hope the authorities can find lasting solutions to this.”

Meanwhile, PREMIUM TIMES gathered that food and commodity suppliers in the north are also feeling the impact of their inability to move their produce to the south.

A resident of Kano told PREMIUM TIMES Tuesday night that traders of perishable goods like tomatoes are the worst hit as their produce get damaged due to absence of buyers.

“Others who are able to sell are selling at very poor rate because of the poor demand and excess supply,” he said in a telephone chat.

Chigozie Diala, a businessman who transports goats from northern Nigeria to the south also lamented the loss he has incurred due to the blockade.

Mr Diala, who has been into the business since 2015, said he moves the goats twice every week, at an average of 70 to 100 goats per trip. He buys goats from Jos, then transports them to Imo where they are kept and then sold to consumers.

From the proceeds of the goat business, he sustains himself through schooling and other basic need, he said.

But the blockade has disrupted his business, he lamented.

“On Thursday, I was moving with the goats as usual. We got to Lafia at 9 am but we were stopped from moving,’’ he told PREMIUM TIMES.

“There were 55 goats on the truck that day, but when we got to Lafia, we were told to go back, but I decided to know why.

“They (those who mounted the blockade) said we don’t want to have any business with the south.”

Mr Diala said he began pleading with them and after five hours, he was asked to redeem himself with N5000. He said he paid the money and was allowed to continue his journey.

Mr Diala said he observed, however, that other vehicles with food items were not allowed to pass that route.

Since Thursday, Mr Diala said he is yet to move another set of goats because of the risks and uncertainties.

Counting his losses, the businessman said he loses about N300,000 in a week if the situation persists.

However, he says he is seeking an alternative, and he may move the goats via luxury buses heading towards the east. He reckons that the decision would reduce his profit margin, but it would be better than none.

Last January, Nigeria’s food inflation rose to the highest level since 2008, showing a disturbing picture of the crisis the nation’s food sector has faced.

Food inflation climbed to 20.57 per cent year-on-year in January, according to data released by the Bureau of Statistics.

It was the highest in over 11 years.

Analysts blame the rise on COVID-19 pandemic disruptions, dollar shortages, and lingering restrictions on imports of certain food items despite the reopening of the borders. Another factor is the incessant attacks on farmers, which has caused shortages of goods

Nigeria has seen one of its longest inflationary streaks, with headline inflation reaching a 33-month high in January.