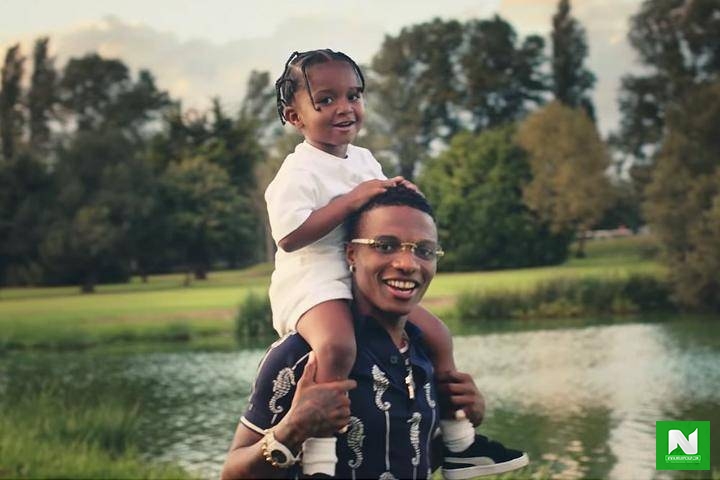 Wizkid third babymama, Jada has revealed how their son, Zion feels whenever he watches the video of ‘Smile’ on TV.

Recall, days ago one of the most celebrated Nigerian music artists of all time, Wizkid released the video to his single, ‘Smile’ off his soon to be released album, ‘Made In Lagos.’

’Smile’ video pictured different aspects of Wizkid life has it was shot in Nigeria, London and America.

It featured his three sons from his three baby mamas, Boluwatife, Ayo and Zion were all featured.

Meanwhile, mother to Zion, Jada has on Twitter revealed how Zion feels and what he says when ever he watches the video on the television screen.

“How does Zion feels when smile video pops up on TV and he sees himself and his dad on it.”

Jada however replied the fan thus:

“His reaction is actually so cute! He thinks he went to work with his Dad that day! So he says ‘ Zion at work with Dad.”

See the screenshot below: