Ten Beautiful Places You Must Visit in Nigeria
By 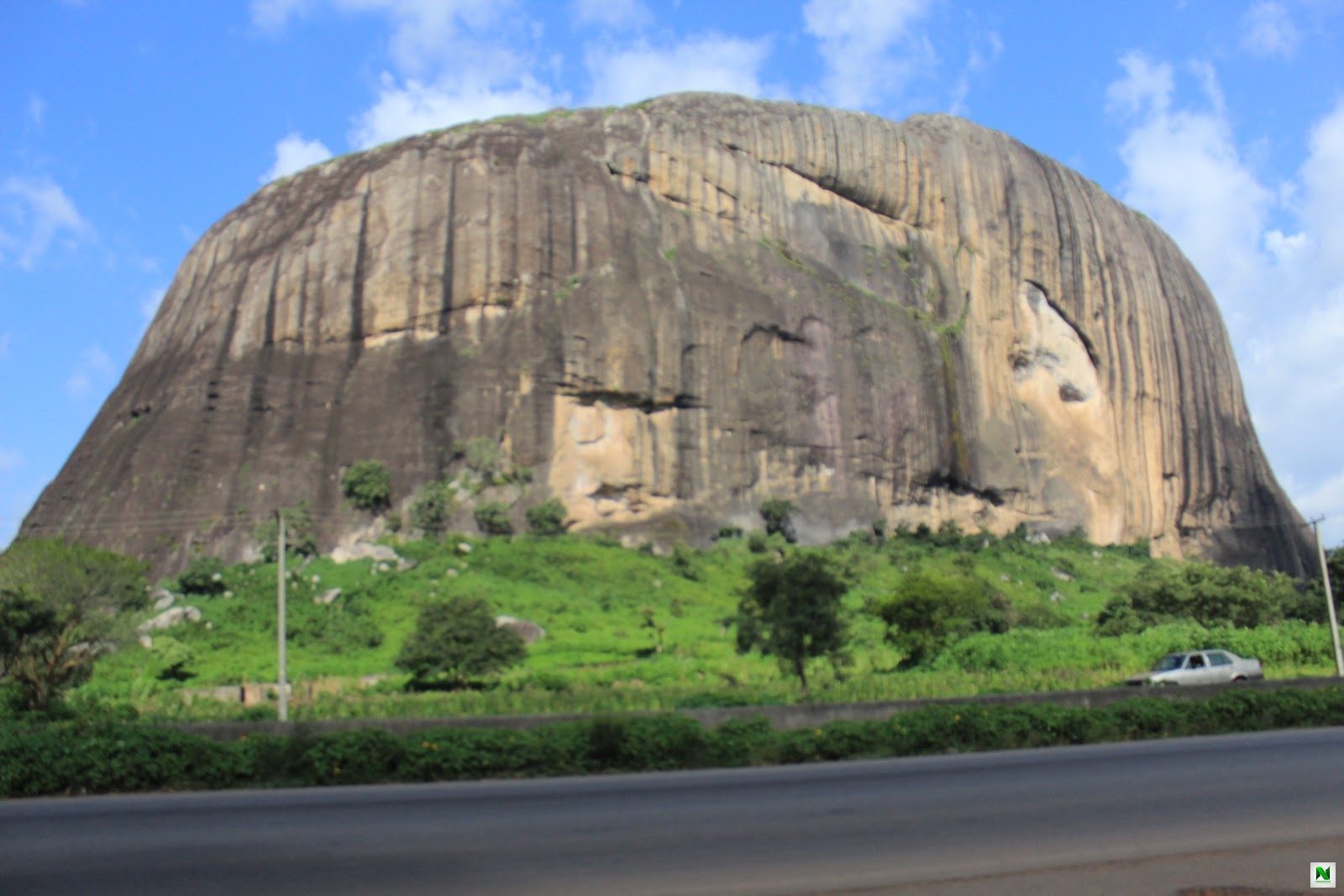 Tourism has taken a whole new dimension in recent years all over the world. In fact, most developed and developing countries have capitalized on tourism as a major source of revenue and income generation. Countries like United Kingdom, Brazil, United States of America, Israel, Dubai and most Caribbean countries use tourism as a major source of revenue. Their governments have devised a means of showcasing their rich historic and cultural heritage to the world in exchange for money and to them its just fun having people come regularly to visit any time. What a business !!

Africa is not left out in this trending source of economic growth and revenue generation embraced by other countries in the Western world but the story has been a mirror image of each other. This is because insecurity has posed a major threat to the growth of tourism largely attributed to the recent insurgency and terrorism coupled with lack of government’s commitment towards the development of the industry.But be that as it may, some African countries still have some interesting tourist sites especially in Nigeria, Kenya and South Africa.

Nigeria being the most populous nation in Africa with over 160 million people and contains more than 250 ethnic and linguistic groups, as well as several religious groups is just enough qualification for her to be a tourist destination. This is largely why the country is so rich and diverse in culture which of course relatively translates to tourism but the Nigerian Government is yet to fully tap into this sector of her economy.

However, notwithstanding the current insecurity challenges, when compared to other Black African countries Nigeria is still a leading force and major frontliner in the hospitality sector, let’s take a look;

1) Lagos: Is the most populous city in Nigeria, the second fastest-growing city in Africa and the seventh in the world. This is of course the very first destination for tourists because of its popularity and history especially in the pre-colonial, colonial and post-colonial era under Britain. After slavery was abolished, Lagos was used by the British as a base in 1851 to continue their efforts in stopping slavery and to trade agricultural products. After her independent, Lagos was made the capital of Nigeria until 1991 when it was moved to Abuja.

All of these activities helped in transformation of Lagos as not only a tourism site but also as the commercial hub of the country.

Aerial View of Confluence of River Niger and River Benue

2) Lokoja: Almost located at the centre of Nigeria sharing boundary with the country’s capital Abuja in its north. Lokoja, which is the capital of Kogi State, harbours the meeting point of the country’s two major rivers, Niger and Benue. North of the two river valleys are high plains and plateaux which serves as a tourist site to behold from the top of the valley that surrounds the city. This is why the state is famously known and nicknamed as the “Confluence State”.

The state played a major role during the colonial years under Lord Frederick Lugard, who used the state as his base during the amalgamation of Nigeria’s Northern and Southern protectorate. The state offers a view of Lord Lugard’s house, his burial ground and a host of other colonial structures.

3) Calabar: If you want to spend your honeymoon with your spouse, on a holiday vacation or a tourist, Calabar should be your next destination. As one of the ancient cities in Nigeria, the city was once the capital of Eastern Nigeria and has a lot of historical background. You can't just imagine the number of visitors from different countries who troop into Calabar for tourism. Obudu cattle and Mountain resort (pictures above) is one you can hardly explain the experience that you would witness when you visit. It offers the very best of scenic beauty and greener environment that you can get in this part of the world.

The Calabar annual carnival is a must for every tourist, it showcases Nigeria tribes and their rich cultures. Be very sure to inquire from your travel agency for latest information about the next edition. Never miss it!

4) Abuja: This city is a masterpiece. It was designed by a Japanese architect Kenzo Tange and is a must destination for any tourist who just loves to spend quality time and money looking at not nature but artificially built modern city. Abuja has been the new capital of Nigeria since 1991 after it was moved from Lagos by the then Nigeria’s Military Head of State, General Ibrahim Badamosi Babangida (his reason being that it is more secured and geographically centralized than Lagos).

5) Benin: This ancient city is widely known for its rich history and is home to the powerful Oba of ancient Benin Kingdom who fought the Whites that came to invade his kingdom for slavery. The city has a Museum where the ancient artifact. The museum’s collection includes artefacts dating back to prehistoric times.

The city is said to have the longest roundabout in West Africa called the "Ring Road" which is located very close to the Oba's palace, You might check it out anytime you visit ancient city.

A tourist at the Ikogosi water confluence.

6) Ikogosi: Located at about 6km Northwest of Ikogosi in Ekiti-West LGA. The town harbours a Warm Spring which is a natural wonder, warm water spring flows side by side with a cold spring. Scientific research suggested that the water came about because the warm spring has a temperature of about 70oC at the source and 37oC at the confluence

7) Osun: In this state one gets the real freshness and energy about Yoruba ancient culture because it is said to be the ancestral home of Yoruba people. The city has numerous tourist sites which includes Erin-Ijesha Waterfalls (also known as Olumirin waterfalls), Ife ancestral artefacts,

Olumirin Waterfalls (pictured ), it is a natural sauna situated in Erin Ijesha, Osun State Nigeria. If you love the wonders of nature, you can visit this location

8) Niger: Tourist who visits Nigeria must take a trip to Niger state where a huge part of River Niger passes through. The state has a lot of dams, falls and water bodies’ notable amongst them is the biggest dam in West Africa, Kainji Dam and one of Nigeria best tourist waterfalls, the "Gurara Waterfalls" (pictured below). Two of Nigeria's major hydroelectric power stations, the Kainji Dam and the Shiroro Dam, are located in the state.

Kainji Dam, one of the longest dams in the world, is a site to behold. The dam was designed by Joint Consultants, Balfour Beatty and Nedeco while the actual construction work which began in 1964 was carried out by Impregilo, an Italian Civil Engineering Contractors and completed in 1968. The dam whose total cost was estimated at US$209 million was built to have an electricity generating capacity of 960 megawatts (1,290,000 hp). It is 213ft tall and 1804ft wide and has a single-lock chamber capable of lifting barges 49 meters (161 ft) making the largest dam in Africa.

9) Anambra: This state is in the southeastern Nigeria and is rich in culture as it is predominantly dominated by the Ibos, one the major ethnic groups in Nigeria. It's capital is Awka, the World famous Chinua Achebe and writer Chimamanda Adichie hails from the state.

The state is home to so many tourist centers and the notable ones are; the Ogbunike cave (pictured above), Nri- the ancestral home of Ibos and Rogenny tourist village located at Onitsha.

10) Bauchi: If you love wildlife then Yankari is your definite destination because it has rich wildlife resources. Yankari was originally created as a game reserve in 1956, but later designated Nigeria’s biggest national park in 1991. The park which is lies in southern part of Sudan Savannah is located in Bauchi, Northeastern Nigeria. It covers an area of about 2,244 square kilometers and the most popular destination for tourists in Nigeria

The park is an important refuge for over 50 species of mammal including African Bush Elephant, Olive Baboon, Patas Monkey, Tantalus Monkey, Roan Antelope, Western Hartebeest, Lion, African Buffalo, Waterbuck, Bushbuck and Hippopotamus. It also has a large and diverse freshwater ecosystem around its freshwater springs and the Raji River.

So whenever you are about to take a Holiday trip to Africa, never forget or fail to visit Nigeria and I bet you won’t regret it. But also you would need a camera to travel with because it is only the pictures you capture that can explain to others what it feels to be in this lovely country. Perhaps this may persuade your family and friends to be in Nigeria for a taste of her people’s culture and tourist energetic sites. WAZOBIA