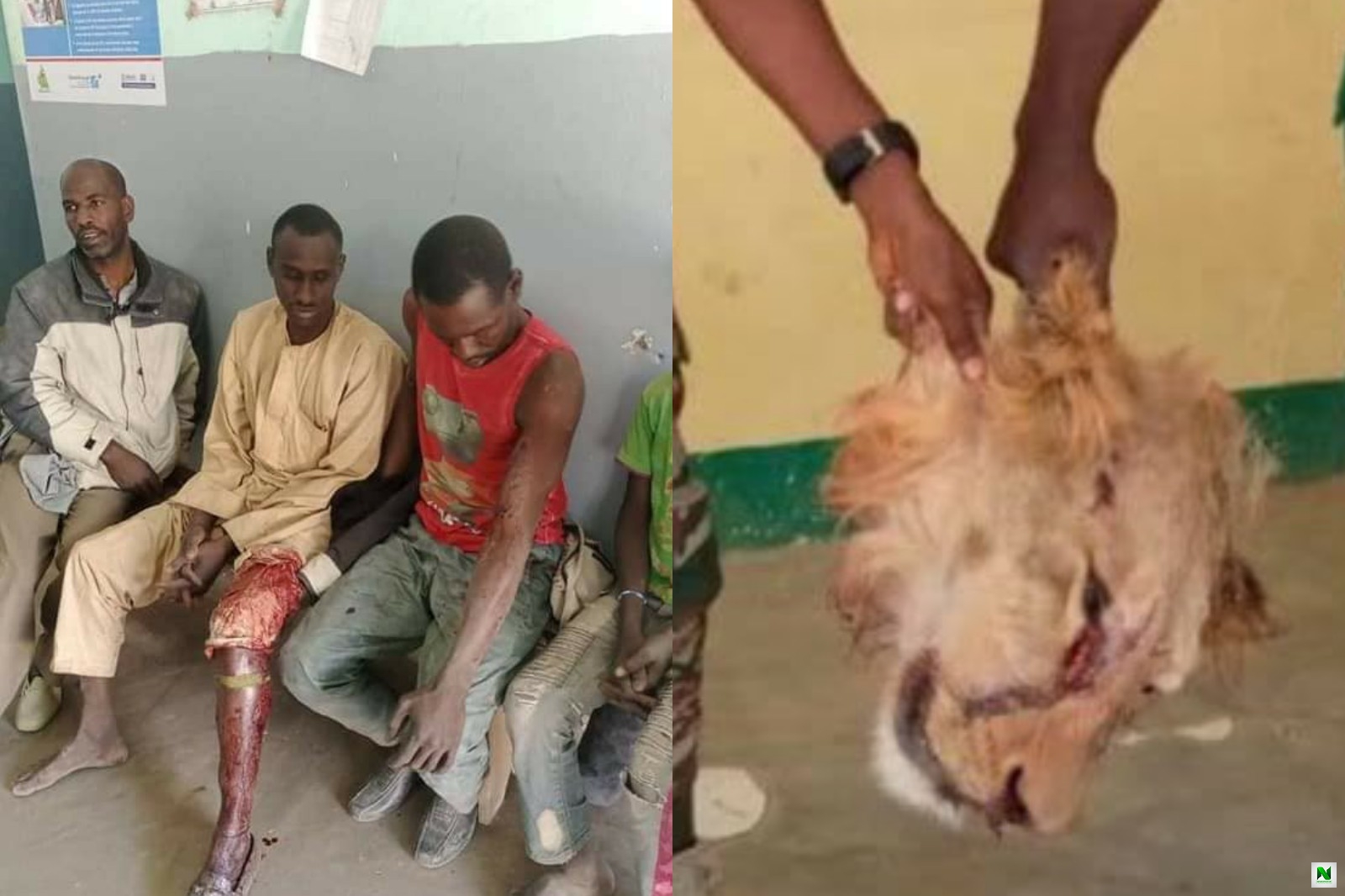 A lone lion on rampage attacked members of the Cameroonian town of Makary on Thursday, Feb 25, close to the border area with Nigeria, raising safety concerns about Nigerians troops in the area encountering wild lions.

Makary is a town in Logone-et-Chari, Far North Region of Cameroon adjacent to Gamboru Ngala, Borno State in Northeast Nigeria. HumAngle understands the lion killed at least four persons and injured several others before being killed by local vigilantes.

There are concerns more lions could be in the area where the incident happened. It’s unclear if the animal was part of a group that strayed from their enclaves in Waza park or Sambisa game reserves in Cameroon and Nigeria, respectively.

HumAngle learnt that the military is worried about the threat wild lions pose to troops in the frontline locations of Gamboru, Wulgo, Ngala and Rann general areas in Gamboru Ngala and Kala Balge Local Governments Areas of Borno.

In 2020, HumAngle reported that a herd of elephants migrated to Rann in Kala Balge Local Government, which led to a conflict between the herd and locals.

The first reported sighting of the elephant herd was in Dec. 2019, when they were photographed from a United Nations helicopter during a routine humanitarian mission flight over Rann.

The elephant population in the region usually migrated between Waza Park in Far North Cameroon and Kalamaloue National Park near Chari River in Chad.

Another subpopulation migrates south into the adjacent Chad Basin Park in Nigeria before returning to Waza Park.

However, the herd movement and presence in Nigeria was affected by human activities and threats.