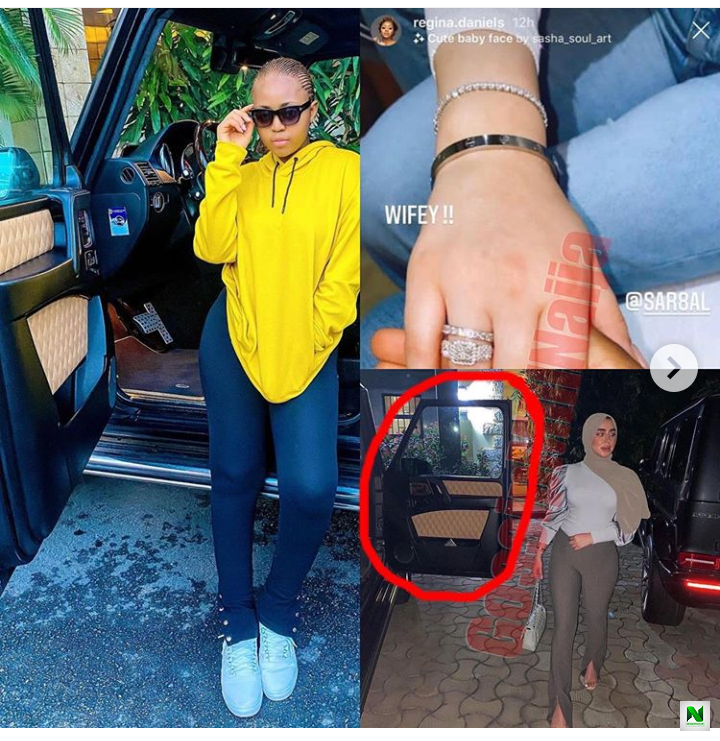 According to news circulating online Ned Nwoko is allegedly engaged to a UK-based lady who will reportedly become his 7th wife.
The lady identified simply as “Sara” and “Sar8al” on Instagram has been in Nigeria for some time, and Regina Daniels has been sharing her photos and videos on both Instagram and Snapchat including one in which she flaunted her supposed engagement ring with the caption “wifey”

Sara who was spotted with Regina Daniels in Abuja over the weekend, has also been seen chilling in the pool in Ned Nwoko’s house and also cruising cars Regina Daniels uses as seen in now-deleted videos which she (Sara) shared on her Instastory.

She has also been sharing photos at Ned Nwoko’s house which came with the geolocation “secret location”.

Insiders have also alleged that she will be going through the traditional marriage rites just like Regina Daniels, as Ned Nwoko allegedly “believes in culture”.