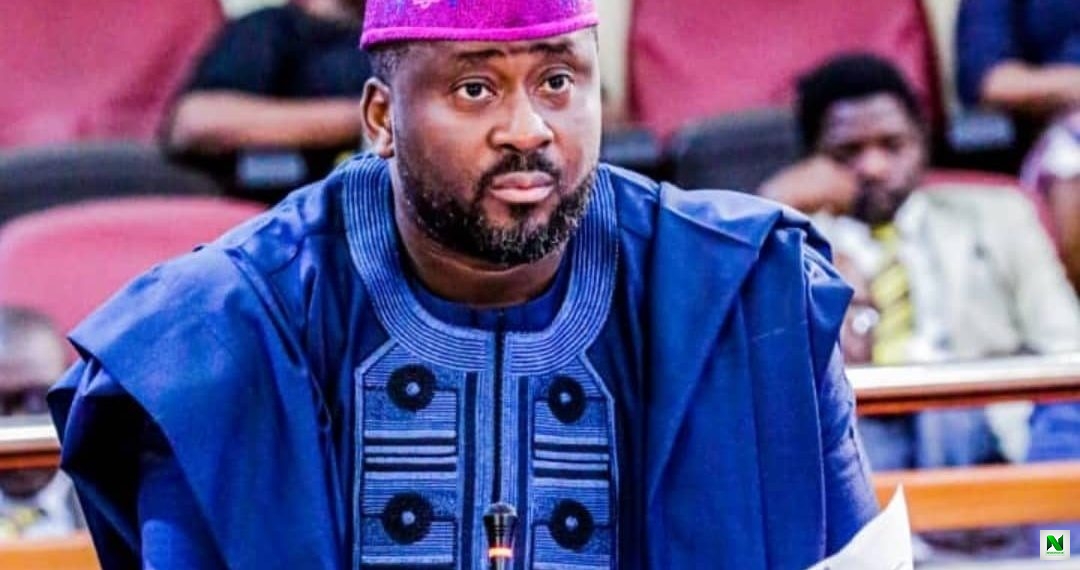 Some days back, the Nigerian social media users were dragging Desmond Elliot like Tiger generator because he tagged the youths as children. I was a bit indifferent about the whole brouhaha because wetin I dey think big pass all that noise and after watching the now infamous video, my indifference did not change.

Desmond later came out to apologise in tears for calling us yoots 'shidren', and while I was wondering aloud on this forum what the whole fuss about, my friend told me offline told me this-

"The problem is that the Nigerian social media space is now a lynch mob. Nobody is ready to listen to common sense, people are incapable of comprehending simple ideas and people are very intolerant of any view that does not agree with theirs

This friend shared the full YouTube clip with me and after watching it again, I realised how very toxic social media has become.

I stumbled on an article by Ivan-Whyte Eagle Lawson who has articulated my thoughts on this whole distracting nonsense featuring Desmond as the lead character.

You all want to kill Desmond Elliot, right??

Nigerian youths shaming themselves since 1900!!

If you want to be great, distance yourself from the ideology and tag of 'NIGERIAN YOUTHS.'

It will reduce your overall reasoning and comprehension abilities to the level of a grasshopper.

Over the last few months of living in this country, I have come to literally cringe at the very basis of every thing being a Nigerian youth represents.

It almost seems like once the phrase 'NIGERIAN YOUTH' is chanted, the brains of humans aged between 13---49 years in this country suddenly embarks on Mecca pilgrimage.

When I logged on Facebook yesterday to see the way Desmond Elliot was being dragged around the place, I was sure he had done something unforgivable.

I have never liked Desmond Elliot.

Himself and Ini Edo are literally my worst Nollywood actors and--- in my humble opinion---the most overrated--- and most guilty of overacting.

I consider them 2 good-looking actors who sell their fine looks more than they sell any true talent whatsoever.

But let me not digress.

I was never a fan of Olushola Desmond Elliot.

Always found him mercilessly boring and practically loved him better when he wasn't in front of a camera moving his lips.

When my newsfeed suddenly seemed to be drowning with his name yesterday, I was naturally curious as to what groundbreaking scientific discovery Desmond had attained.

Imagine my fascination to hear him being dragged for tagging Nigerian youths 'children' during one of their sessions in the House of assembly, I naturally assumed he had sided against the government and his benefactors against the Nigerian youths clamouring for an end to SARS and bad government.

I rushed to YouTube to hear for myself before drawing any conclusion.

From about 8 different sites I accessed, these were what I gathered from Desmond Elliot's speech:

(1) He drew the attention of the speaker to the narrative that the social media influencers, Nigerian youths and celebrities were promoting about the government and emphatically urged the speaker to DO SOMETHING ABOUT correcting that negative narrative and impression.

(3) He was concerned about the suffocating negativity and STRONG abuses the youths employed on social media at the heat of the #endSARS struggle, and in his opinion traumatized that 'CHILDREN' could talk that way.

(5) He condemned the stealing of the Oba's staff of office by the 'youths'.

(6) Expressed his dismay over the way culture, respect and value seem to be discarded by the younger generation.

(7) Expressed his disgust at how even pregnant women joined in looting stores.

Advised the celebrities and influencers to guide their followers more appropriately.

(9) Advised youths to get their PVCs ready come 2023 to vote in the change they wanted.

At this point, I sat back and asked myself:

Are there parts of Desmond Elliot's presentation that were trimmed off which I am not hearing, or is the entire outrage I'm seeing flying all over social media based on this video?

How did some of us misunderstand Desmond Elliot asking that the speaker 'ADDRESS' the impressions social media influencers and the youths were popularizing about their bad governance and rotten system, and interpret it as meaning that he was asking that the government 'regulate' Nigerian social media altogether?

He expressed his dismay at the negativity and toxicity on Nigerian social media( which if we are to be realistic and sincere to ourselves we would agree to some extent), but drew the speaker's attention to the negative public opinion we had of them; asking that the speaker address it and make us believe in the system again.

At what point does this mean that he was asking the speaker to shut down or regulate social media?

Is Facebook not even already 'regulating' negativity on their platform by taking down posts with excessive abusive speech?

Does Nigeria operate a communist system like China that we would assume that regulating social media is even possible?

How can we rush to conclusions without fully analysing language and syntax?

Like..... Nigerian youths want to destroy and bury this man because he referred to them as 'CHILDREN?'

I quite understand how obstinate and perhaps belittling it may sound to be tagged 'CHILDREN' by one whom you feel isn't as old as your father, but hey--- is this the most unforgivable crime of the century?

Have we not been using worse words to attack ourselves on social media already?

So if 89 year old Buhari had called us 'CHILDREN', it would have been a more pardonable offence?

And why would anyone pick offence over being tagged 'CHILDREN'--- if they know they aren't 'CHILDREN?'

I even hear that Nigerian youths took the fight to his wife's social media page and started tormenting her with pictures of Desmond Elliot's alleged side chick.

Is this not sick and twisted?

The psychopathic antics of a manic breed of humans?

Why are we so easily distracted like this, Nigerian youths of this generation?

This is why our corrupt leaders WILL NEVER take us seriously.

The energy we would have used in strategizing....

The energy we would have used in developing ourselves to kick-start the first phase of a thorough revolution.....

The energy we would have used in sensitizing, reforming and inculcating every one of us with the ideals required to birth the vision of a new Nigeria......

We are wasting all of that energy dragging Desmond Elliot because he called us 'CHILDREN'.

Even the ones in their early twenties and less, that 47 year old Desmond Elliot can even father are also insulting him for calling them CHILDREN.

That is Nigerian social media for you.

Every body is a savage king.

Bitterness and toxicity everywhere and somehow this makes you all feel good, special and relevant in the grand scheme of things.

What true revolution have you seen being birthed by a generation of bratty, insulting and disrespectful humans?

Bloggers are peddling stories claiming that Desmond Elliot was asking for social media to be shut down, and gullible Nigerians who never read or use their brains for anything besides sleeping on Twitter to rehearse insults are now pouncing all around the place placing curses at God knows who!

Why can't you guys watch the video yourselves and make an informed, independent opinion?

Must you always follow the band-wagon with your egg-heads?

Because every one is abusing a person, you must join the carnival--- even without verifying his offence?

I rewound and fast-forwarded that video multiple times to see where Desmond Elliot was pushing for social media to be shut down for Nigerians.

I didn't see anything.

Yet everyone wants to curse every member of Desmond Elliot's lineage because he called them 'CHILDREN?'

If I may ask, have the youths of this country ever behaved like mature and sensible individuals?

One minute half of you all are fighting over Laycon, next minute you are comparing Dorathy's breasts with Tacha's buttocks and spending 20 hours a day on celebrities' Instagram pages begging for giveaways and trying to gain attention.

Of course the other half will be jumping from Twitter to Instagram and Snapchat chasing clout and exporting screenshots from their inboxes.

A country that 90% of the youths are on Twitter mainly to read insults and be entertained by 'GBAS GBOS?'

Bet Naija is a multi-million naira enterprise in Nigeria because the youths prefer to use their brains to gamble and bet the little money they have instead of creating trends and thinking out of the box.

No one said anything about the looting Desmond Elliot mentioned.

No one said anything about the fact that Desmond didn't undermine the innocent lives that were lost in the Lekki massacre like his benefactors have been doing by claiming that only one person died in the shoot-out.

No one said anything about the fact that he didn't absolve the Lagos state government of the blame of all those deaths, but condemned the killings outrightly.

The only thing we picked from his speech was that he tagged us 'CHILDREN'.

How about the innocent lives that were lost in this struggle?
How do they get justice?

How about the thieves and criminals amongst us who are making a caricature of our struggle and cause by using these peaceful protests to loot shops and break into ATM machines?

It is a 'little puppy' House of representatives member, Desmond Elliot that you all are directing all the bazookas and explosives you would have used to go after the real king pins to our economic bondage in this country.

I am ashamed of the Youths of the country I have found myself.