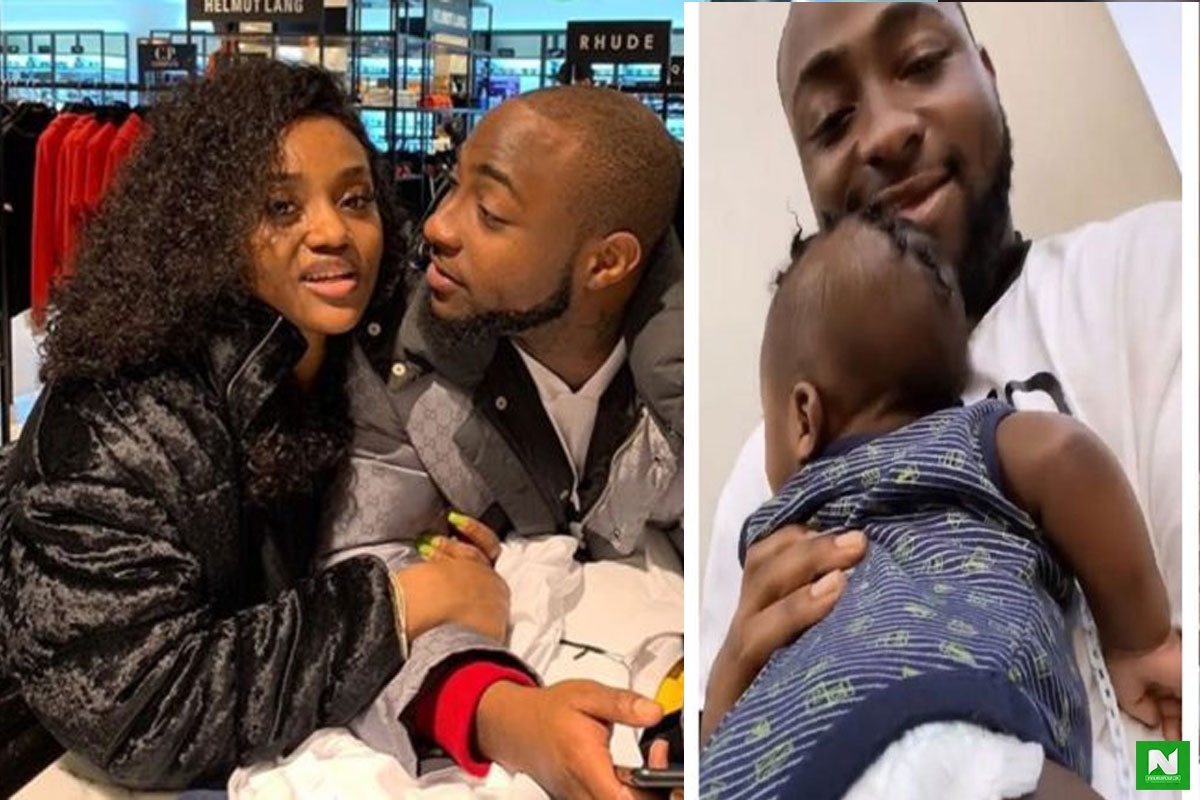 American-born Nigerian singer and record producer, Davido, has finally disclosed why he is fixed and glued to his third baby mama, Chioma, instead of his other baby mamas.

Davido has three baby mamas and three children with Chioma being the third and last one among them as his first baby mama is Sophia Momodu, and the second, Amanda, who is based in the United States currently.

Sharing a touching story about his mum’s death in an exclusive radio interview with Ebuka on Bounce Radio monitored by Vanguard news, Davido intimated that he has always seen his late mum in Chioma.

This gives credence to why he loves to be with Chioma because he loved his mum dearly when she was alive and now that he sees his mum in Chioma, something specially connects him to her hence he choice of making Chioma his life partner.

“I was about 10 to 11 years old when she died. She died on my father’s birthday. Honestly, it was just cardiac arrest. Even if it was going to happen, I would not have known because I was about 10 or 11 years old. She was not really sick. She used to get sick once in a while but it was nothing serious.

“I often say that I see my mother in Chioma. I did not grow up with my mother. I can hardly remember what happened when I was that young.”

According to the OBO boss, if his mother was still alive, he would have bought her so many diamonds and houses.

“One thing I always wish for is that she should have been alive. I would have bought her a lot of diamonds and houses but she knew that I was going to be great. Every Sunday, there was always a party.

My mother was from Benin. I think I am more like my mother; I inherited her agility. She helped so many people that to date, I go to some places and people would tell me what my mother did for them

“Before my mother died, I was a mummy’s boy because my father was always busy. He was working and always travelling to places like China.

“It Was Meant To Be In July” - Davido Cries Out Over Canceled Wedding With Chioma
Big Brother Naija Season Six Returns, See Grand Prize
Share to...