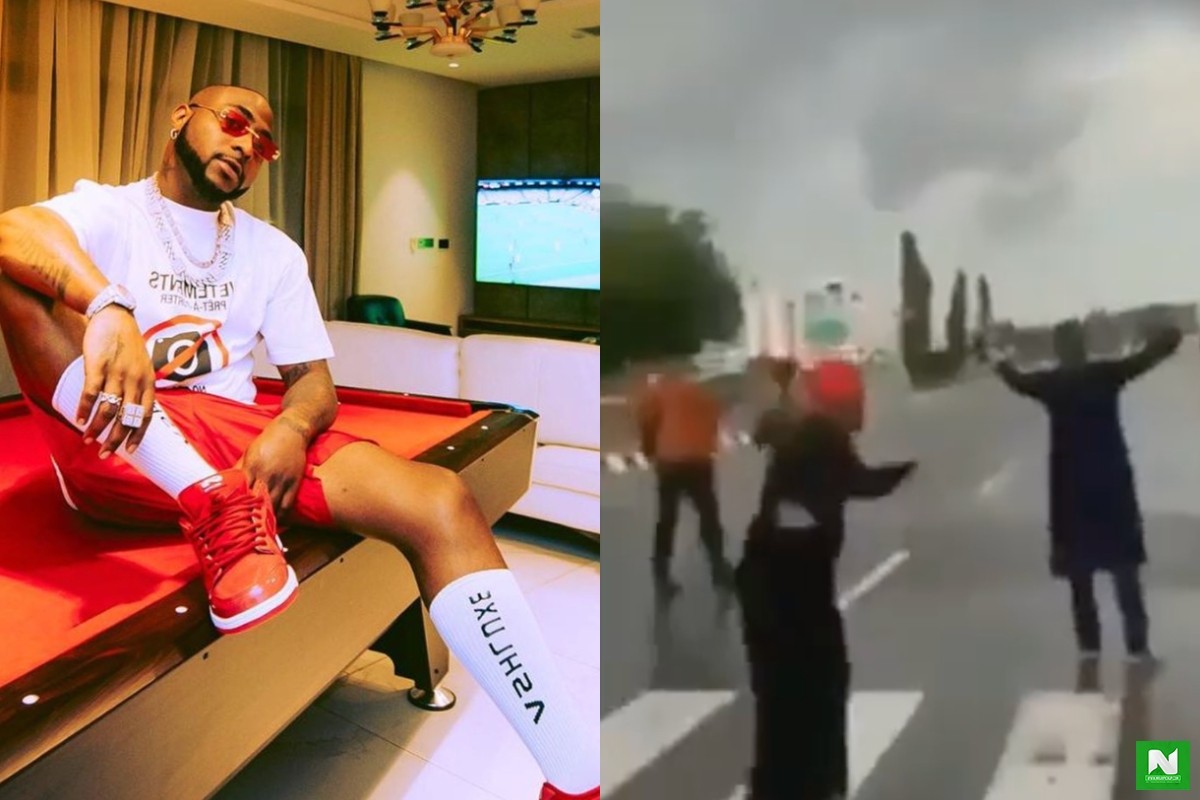 Internationally celebrated Nigerian artist, David Adeleke, known in the showbiz circles as Davido, nearly took to his heels during a protest in Abuja after the police fired shots on Sunday, October 11.

Davido was leading some protesters in Abuja as they begged for the release of 20 innocent protesters during the #EndSARS protest.

In a video making rounds on social media, Davido showed some bravery despite the fear the gripped him and some of his friends when they were marching to towards the police.

The sound of a gunshot was heard and immediately Davido reacted in fear as you could see him shake briefly but maintained his calm posture after realizing it was safe.

Together with his friends and other colleagues, Davido went on their knees to beg the police to release the 20 protesters.