#EndSARS: Wizkid Says “Made In Lagos” Will No Longer Drop On October 15
By 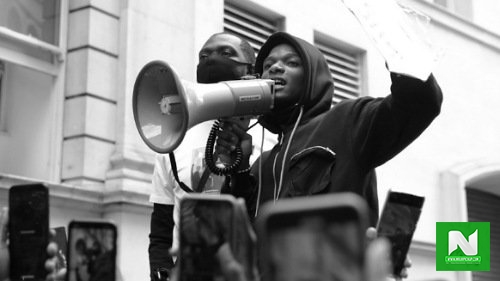 Self-Styled Star boy Ayo Balogun popularly known as Wizkid has confirmed to fans that the much awaited Made In Lagos album will not be launched.

In a post,he responded to a fan who queried him if the set date for the album launch still holds and he responded not yet.

He attiributed it to the ongoing protest in the country by saying its ”Mad Times” which means wrong timing.

The fan tweeted, “#SarsMustGoNow ……but @wizkidayo MIL go still drop?”. To this question, Wizkid replied, “Not yet !! Mad times!!”

Recall earlier fans had hoped the album would drop on July 16, but they got a single ‘Smile’ featuring Grammy-winning American singer, H.E.R rather.

Recall earlier, Wizkid promised fans on September17 2020 to release the much anticipated album on October 15 2020