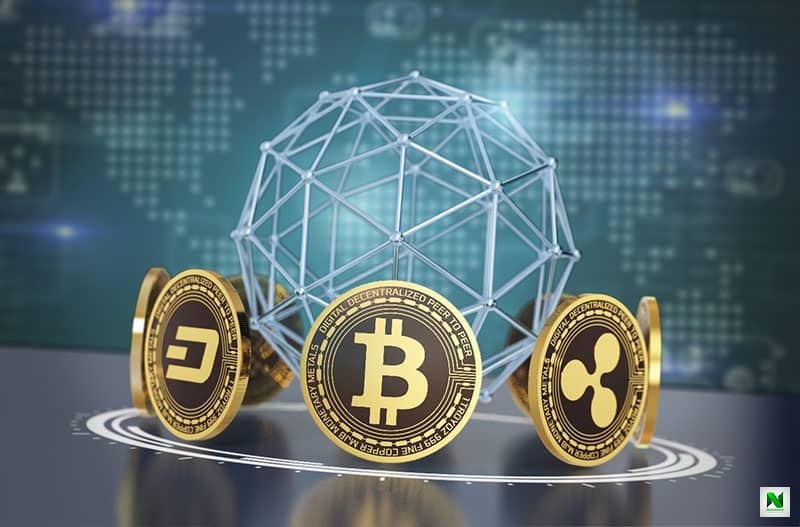 Foreign techies and innovators have renewed the historic scramble for the Nigerian market, following official restriction of local transactions in cryptocurrencies.

The Guardian learnt that the number and intensity of online meetings with young traders on how they can circumvent the Central Bank of Nigeria’s (CBN)’s restriction on banks and other financial institutions from transacting have increased in several folds since last week.

In one of the meetings in which The Guardian participated by proxy last week, Nigerian youths were invited to subscribe to a credit card launched a few months ago. The selling point of the card described as a lifestyle card is that it enables users to convert cryptocurrencies to five different benchmark currencies – dollar, pound, euro, yen and yuan.

A lead presenter at the meeting hosted on Zoom said each of the cards costs $79, and that it enables users to convert leading coins to any of the five currencies and could be used by any MasterCard compatible platform. He said it would be particularly useful to Nigerian youths, as the CBN “excludes the financial system from crypto trading.” The card, it was revealed, is backed with a full academy that takes subscribers through the complexity of digital currency trading and blockchain technology. Users could store as much as $500,000 in the credit card, which is used globally for any transaction.

Apart from the zoom meeting, Nigerian subscribers who are promised a bonus anytime the card “is swapped” are receiving requests from young Nigerians regularly. Nigeria’s market leader, it was learnt, is available to field questions regularly as the “local economy is crucial to the company.”

There are many other cards and digital apps being marketed to Nigerian crypto devotees as alternatives to the regimented financial system now banned from having anything to do with the fluid investment.

“From Asia to the United States, cryptocurrency trading is the new oil. And they are not taking any chance. They offer different incentives, including bonuses and discounts, just to get a slice of the market,” a source said at the weekend.

On Monday ago, another online engagement was scheduled for 9 pm by another foreign team to take Nigerians through “a simple way to trade in the unlimited digital ecosystem without going through the banking system.”

And as foreigners compete with one another to mine the huge opportunity in the Nigerian market, the number of those signing up for the first time has increased tremendously, The Guardian has also been informed.

A devotee who said he has made over N10 million in profits from digital currencies in the past three years said he had helped more than 10 individuals sign up after the CBN restriction.

“Interestingly, these are some of the people I could not convince to join before the ban. Suddenly, everybody wants to see how it works and how it can actually serve as a side hustle.’ More people are signing up, this seems to balance out the number of people involved in a panic sale,” the source said.

Local startups exchanges, it was also learnt, currently face a herculean task to survive the restriction as banks have severed ties with them. Some of the firms, it was disclosed, are struggling against time to retool their platforms “some of them were not configured to handle peer-to-peer (p2p) trading” before now.

With most of their subscribers moving their accounts to foreign, a source said the companies face an existential threat.

Following the controversy that followed the restriction, the Senate summoned the CBN and the Securities and Exchange Commission (SEC) who seemed to have initial contradictory positions on the fad.

Last year, the SEC issued a regulatory framework for virtual and digital assets in Nigeria, recognising the asset classes. It stipulated in the framework that “all Digital Assets Token Offering (DATOs), Initial Coin Offerings (ICOs), Security Token ICOs and other Blockchain-based offers of digital assets within Nigeria or by Nigerian issuers or sponsors or foreign issuers targeting Nigerian investors shall be subject to the regulation of the Commission.

“Existing digital assets offerings before the implementation of the regulatory guidelines will have three months to either submit the initial assessment filing of documents for registration proper, as the case may be.

“Any person (individual or corporate) whose activities involve any aspect of Blockchain-related and virtual digital asset services must be registered by the Commission and, as such, will be subject to the regulatory guidelines.

“Such services include…reception, transmission and execution of orders on behalf of other persons, dealers on own account, portfolio management, investment advice custodian or nominee services.”

But last weekend, the Commission made a U-turn, saying it aligned with the new position taken by the Central Bank.

“SEC made its statement at the time to provide regulatory certainty within the digital asset space, due to the growing volume of reported flows. Subsequently, in its capacity as the regulator of the banking system, the CBN identified certain risks, which if allowed to persist, will threaten investor protection, a key mandate of the SEC, as well as financial system stability, a key mandate of the CBN.

“In light of these facts, we have engaged with the CBN and agreed to work together to further analyse, and better understand the identified risks to ensure that appropriate and adequate mitigants are put in place, should such securities be allowed in the future,” the institution said in its latest release.

But an economist at the Lagos Business School, Dr. Bongo Adi, charged the authorities to be forthright and align with global moves as it cannot contain or control digital currency evolution, adding that the underlying technology, Blockchain, is becoming a lifestyle.

“The transaction volume on Aliba maybe a million times higher than the transaction in naira. If Aliba wants to introduce a medium of exchange for users of the platform, how do you regulate them? If you ask me, the shelf life of central banking has expired,” he insisted.

“The CBN should rather engage smart people to study how the architecture works and stop these shenanigans. You cannot regulate what you do not control. You can regulate the naira because you created it,” Adi said.

A trader and lawyer, Isaac Ijuo, said it was unfortunate that Nigeria has not innovated a way to tax the huge crypto transaction, but making a futile effort to kill the market.

Ijuo said the banks, until recently, were making billions from the market while the government was left out as young chaps made untaxed millions of naira monthly.

In October 2020, a UsefulTulips report claimed that $32.3 million worth of bitcoin was traded in Nigeria, a market rated as second to the United States in terms of volume of transactions.

Another report said Paxful, a leading peer-to-peer bitcoin marketplace, has more than a million registered accounts from Nigeria, making up 25 per cent of its customer base. The company reported that Nigeria traded 60,215 bitcoins valued at more than $566 million in five years, from 2015 to 2020.

As authorities find a way to regulate or close the investment window, youths are not ready to back out, as the government is not genuinely interested in job-creating ventures. But beneath this, findings revealed that unmatched return on investment is responsible for the popularity of the window. Hence, the authorities are dealing with a generation who knows nothing about the capital market but go around with global charts on digital currencies on their phones.

There are occasional losses but the earnings are almost irresistible. For instance, bitcoin, the flagship and most capitalised cryptocurrency has gained 210 per cent in capital appreciation in the past three months. As of press time, the year-on-year appreciation was about 400 per cent.

In the past year also, Ethereum, the second leading coin, gained 790 per cent. FTX Token, another leading coin, has also gained over 700 per cent. Some cryptocurrencies have recovered over 1000 per cent, while the least performing tradable assets have recorded at least 300 per cent appreciation.

“How much would you have gained in capital appreciation if you invested in the capital market in the past one year,” Gideon Awoyemi, who plays in the global market actively, asked.

Also, cryptocurrencies give the investors the liquidity and power to make choices uncommon with other investments. Traders monitor their portfolios and can liquidate, buy or convert to another asset anything they choose.