According to new reports, almost 200 North Korean soldiers have been killed by coronavirus forcing diplomats to leave the Asian hermit nation as the virus takes a grip round the world.

Even though North Korea has not publicly acknowledged or recorded a single case of coronavirus since it surfaced, a new report has emerged stating that N.Korea has been hiding it's death toll caused by Coronavirus as neighboring South Korea confirmed that with it's 7000 cases, it is the second most infected nation in the world. 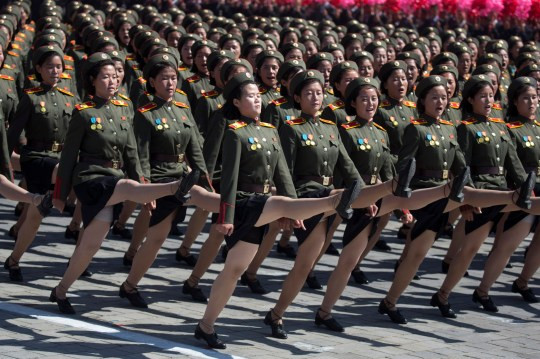 According to the Daily NK, the Covid-19 strain of coronavirus has killed 180 soldiers, while more than 3,700 have been quarantined and this information was revealed in a document sent by army medics to North Korea's military chiefs..

According to the Daily NK report, Kim Jong Un's military has been struggling to cremate the dead soldiers as the death toll increases daily with the government now allowing foreign diplomats to leave the country after banning them from doing so for the last one month.

‘I haven’t heard of corpses being cremated in military hospitals,’ the North Korean military source said to Daily NK.

‘The military leadership likely believes that suddenly asking the hospitals to cremate all the bodies would create a big headache for medical staff.’

The report comes after a chartered flight carrying dozens of Russian diplomats fleeing North Korea arrived in Russia today. Most of them were wearing face masks, with some accompanied by children.

Russian state news agency Tass says there were about 60 foreigners aboard the flight, including 13 Russian citizens.